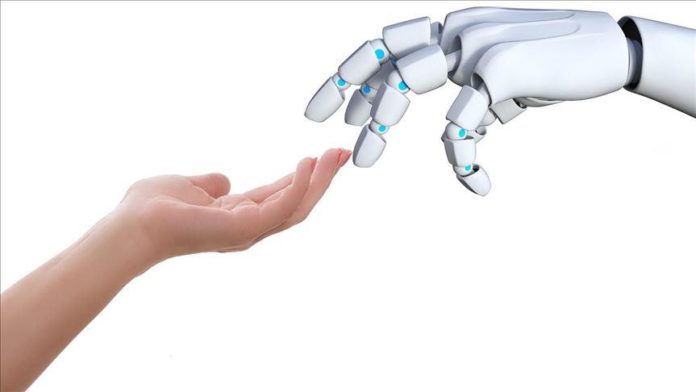 Two young Kenyan inventors have invented a bio-robotic prosthetic arm to help improve the lives of those who have lost their limbs.

David Gathu, 29, and Moses Kiuna, 29, refused to let the expensive school fees that forced them to drop out of college stop them from realizing their dream to help their communities.

At their workshop in Kiambu county in Kikuyu, Kenya, north of the capital Nairobi, lies the innovative technology that can help people living with disabilities.

The workshop is basically a shed made out of worn-out rusted iron sheets standing next to a chicken coop. The floor is covered with gravel, making the ground outside the shop and the interior all but indistinguishable. Brown broken glass with tape all around fits the window frame.

Kiuna says the building sometimes shakes when a strong wind blows, but they frequently fix the worn-out iron sheets that make up the roof to ensure that no rainwater leaks into their treasure trove.

The inside of the ramshackle shed looks like the set of a science-fiction movie.

Everything is properly organized with a futuristic look to it, with hazard symbols dotting the boxes of valuable equipment, some of which the young innovators say has never been seen by human eyes but their own.

Robotic arm gets signals from brain

From a box, they reveal a robotic arm that looks like something a gadget master would show off to a spy movie secret agent. With golden-metallic finishing and shades of black, the arm has a helmet and straps to attach to someone’s body.

“So once you wear this helmet, brain signals will be sent to the arm,” Kiuna explained.

“The brain signals will be converted into an electrical current which is known as a NeuroNode, which will then go all the way to the hand and tell it what to do,” he added.

Donning the robotic arm himself, he powered it on, saying: “I want to reach out to that bottle and drink water from it but then I’m acting as if I don’t have an arm, look what happens…”

After a few beeps and some mechanical noises, the robotic arm got the command and immediately executed the task ordered.

“See, it reaches for the bottle and catches it,” he said.

“It doesn’t end there, I want to drink from it, so I think it and…”

He paused as the arm poured water from the bottle into his mouth, a technological marvel.

“The main reason we came up with this is to help people in our community who have lost their limbs. We don’t want these people to feel like they can’t do anything, we want them to be dependent on themselves.”

The arm can do many more tasks. They say they are still perfecting their device, but lack of funds has been a challenge.

David Mathenge from the Association for the Physically Disabled of Kenya (APDK), a charity NGO, says: “Such inventions are the future of the science of artificial limbs. This is the science we need to ease the challenges people with disabilities face.”

Recycling for the environment

The young Kenyans use rudimentary material that has been thrown away to make their inventions come to life.

“People throw away a lot of things that are harmful to the environment just because they don’t work. If they don’t work, it might be just one component that’s faulty but all the other components still work and can be recycled,” Gathu said.

“We’ve recycled everything that you see here. They throw it away, we pick it up and use it. This has saved us from spending a lot of money because we’re not backed up financially by anyone to come up with our innovations.”

They pick up “junk” that people throw away – things like plastic, rubber, wiring, old computer motherboards, LED lights, USB devices, switches, optical drives, heat sinks, fans, and power supply units – components that they say could be quite expensive to purchase new from a shop.

Kenya previously was a beneficiary of such tech discards from developed nations. However, these electronics did not last long, thus leading to a flood of electronic waste that pollutes the environment. The duo believes that their innovations are also helping tackle the e-waste problem.

The two robotic enthusiasts have other inventions too. Among them is their latest invention, which they claim to be a COVID-19 decontamination device that can sanitize surfaces and floors.