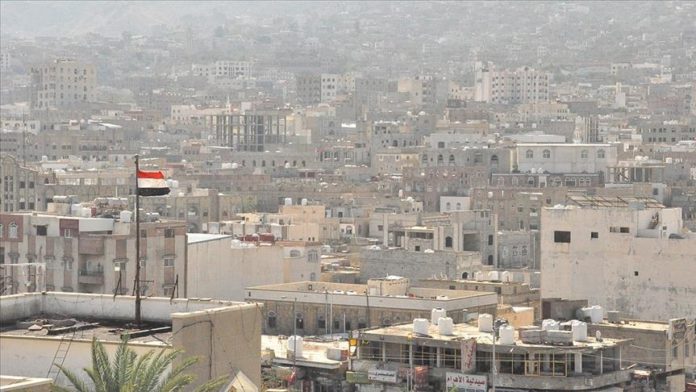 A power-sharing government was announced in war-torn Yemen this month, containing 24 ministers including representatives of the separatist Southern Transitional Council (STC), which is backed by the UAE.

While the formation of the new government came in accordance with the terms of the Riyadh Agreement that was jointly signed between the internationally recognized government and STC in November last year, it neglected other issues that led to some opposition from political and civil groups in the country.

Last week, hundreds of Yemenis demonstrated in Taiz city, demanding a fast return of the government to Yemen to take the constitutional oath in the temporary capital Aden, not in Riyadh. They also called for the implementation of all provisions of the Riyadh Agreement, including the security and economic sides.

The protest came as part of a popular campaign launched by activists on social media to demand the Yemeni presidency and government return to the country.

“The success of this government depends on Saudi Arabia and the UAE, if they pressure the STC to implement the security and military aspects of the Riyadh Agreement in Aden and Socotra and allow the return of President [Abd Rabbuh Mansur] Hadi and his government to Aden,” Adel Dashela, a Yemeni writer and researcher, told Anadolu Agency.

“This will make a strong push for a cohesion within the legitimate government to pressure the Houthis to accept peace deals either through a political solution or by other means, including the military option.”

Earlier, the Islah Party in Taiz called in a written statement for “a quick return of the government to the country to resolve the deteriorating services, health and living conditions of the citizens”.

The party stressed the need for “enabling state institutions to perform their work from inside the capital, Aden”.

“As for the return of the government to Aden, it may return, but as long as the STC stays in control in Aden, the government will be demolished and left without any army or security units. Its work will be at the mercy of the STC. Therefore, this might be some kind of temporary tactic and then a new phase of the conflict may occur again,” Dashela opined.

Regardless of the regional and international support given to the power-sharing government, it is facing opposition from within. The newly-appointed Minister of Local Administration, Hussain Abdul Rahman, refused to travel to Riyadh to take the constitutional oath before President Hadi, according to local media sources.

The sources confirmed that the minister refused to leave Cairo and travel to Riyadh, adhering to the idea that the government should take the constitutional oath in Aden, in accordance with the provisions of the Riyadh Agreement. This might have been the reason behind the postponement of the oath ceremony for the new government from Thursday until Saturday.

Twelve parliament members from Tihama region (Hodeida, Rayma, Mahwit and Hajjah provinces) also objected last week, in an official letter sent to Hadi and Speaker of Parliament Sultan al-Barakani, to the formation of the new government, citing failure to include any minister from their region.

“We were surprised when the newly-formed government did not include any minister from Tihama region,” MP Sakhr al-Wajih told Anadolu Agency.

“Tihama region represents 23 percent of Yemen’s population, but the region is neither represented in Parliament and Shura Council Presidencies nor in the Advisory Board of the Presidency, in addition to not being represented on foreign diplomatic missions.”

He continued: “If we do not get our rights to be treated just and equal like other regions, we will have to use our right to withdraw from attending the Cabinet session and not grant the parliamentary approval to the new government.”

However, when asked about the possibility of neglecting the parliamentary approval, al-Wajih said: “It is very likely that the government will proceed with its work without returning to the House of Representatives, especially after some ministers began to move to Riyadh to take the oath. This happened before for the Bin Dagher’s government as it worked without parliamentary approval”.

“We believe that the issue of granting the final approval for the government should remain in the hands of the parliament,” he said. “There is a 50% chance that parliamentary approval will be needed, and if the government starts its work without the approval, this will make an unconstitutional and illegal government.”

The new government faces another objection from a feminist movement that blamed it for omitting women for the first time in two decades.

The movement launched a campaign on social media named “No Women, No Government”, which described this action as an “unfair discrimination against women’s rights to political participation”.

“While we appreciate the formation of the government as a fruit of consensus among Yemeni political powers in the Riyadh agreement, we denounce women’s exclusion from the government,” it added.

In fact, observers believe that the success of this newly selected government remains in the hands of Saudi Arabia as the guarantor of the Riyadh Agreement.

Yemen has fallen into a devastating conflict between the Hadi government and the Iran-backed Houthi rebels, who overran the capital Sanaa and other cities in northern Yemen in 2014.