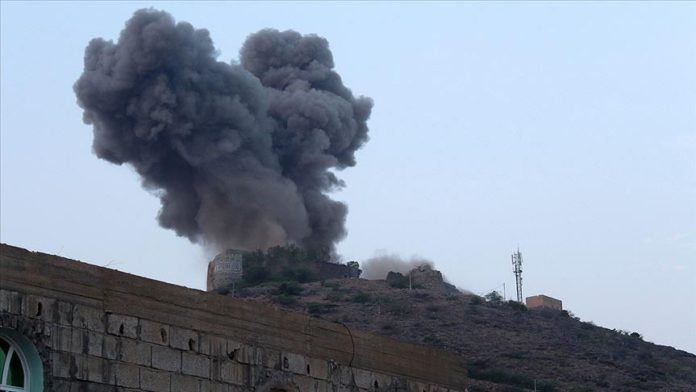 Yemen’s Houthi militia said Wednesday that two people were killed in airstrikes carried out by the Saudi-led Arab coalition in Sadah province.

The Houthi-operated Al Masirah satellite TV channel announced that a number of people were also wounded, including children.

They also said the Saudi-led coalition carried out 57 air attacks yesterday in various locations and that 21 of these targeted the capital, Sana’a.