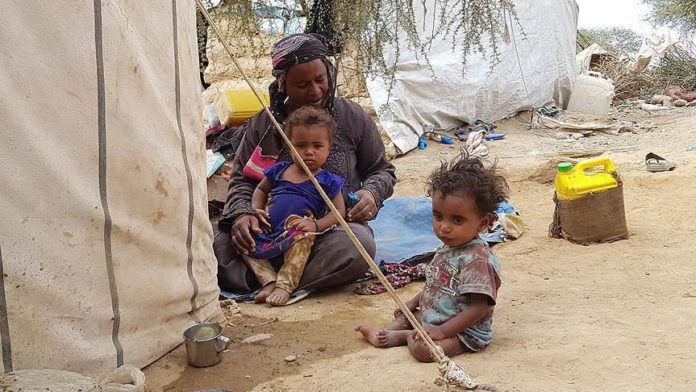 UN Humanitarian Chief Mark Lowcock painted a grim picture Wednesday of people in conflict-hit Yemen, where he said residents suffer from lack of food and from diseases.

“Yemenis are not ‘going hungry’. They are being starved,” Lowcock said in a briefing to the UN Security Council. He urged parties to the conflict, Security Council members, donors and humanitarian organizations to end the suffering.

“Time is running out,” the humanitarian chief warned.

He said without food, the body’s metabolism slows to preserve energy for vital organs and that “hungry and weak, people often become fatigued, irritable and confused.”

“The immune system loses strength. So as they starve, people – especially children – are likelier to fall sick or die from diseases that they may have otherwise resisted. There is no shortage of diseases in Yemen that will prey on these weakened immune systems,” he said.

They include cholera, COVID-19, other respiratory infections and illnesses like malaria, dengue and diphtheria.

“It is a terrible, agonizing and humiliating death – and it is particularly cruel in a world, like ours, where there is in fact more than enough food for everyone,” he said.

Lowcock urged donors to increase support, saying more than $200 million in pledges this year, including new funding announced in September, has still has not been paid.

Yemen has been beset by violence and chaos since 2014, when Houthi rebels overran much of the country, including the capital, Sanaa. The crisis escalated in 2015 when the Saudi-led coalition launched a devastating air campaign aimed at rolling back Houthi territorial gains.