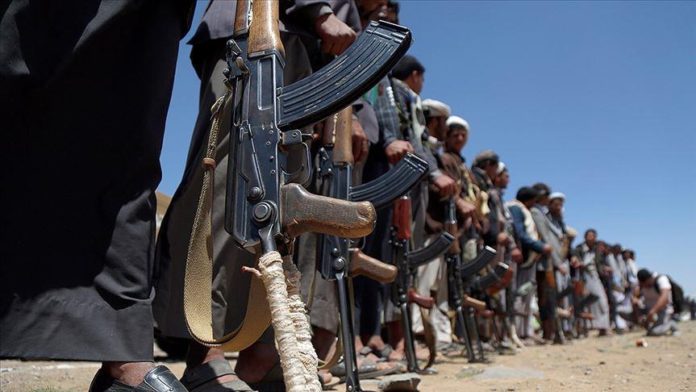 Forces of the Yemeni separatist group known as the Southern Transitional Council (STC) started on Saturday to withdraw from the Aden province, southern Yemen, as part of implementing the military part of the Riyadh agreement.

A member of a committee observing the implementation of the Riyadh agreement confirmed to Anadolu Agency that the STC forces began to withdraw from Aden and moved towards the frontlines in the Ad Dali’ province.

Meanwhile, the Yemeni government forces and the STC forces began on Friday a reciprocal withdrawal from the fighting areas in the Abyan province.

The United Arab Emirates (UAE)-backed STC confirmed its forces’ withdrawal from Abyan towards the Lahij province.

The Riyadh agreement was signed between the Yemeni government and STC in November 2019 following a month of fighting and included 29 terms to address political, social, economic, and security situations in Yemen’s southern provinces. Both parties, however, blamed each other for not abiding by the agreement.

Besides this conflict, Yemen has also been beset by violence and chaos since 2014, when Houthi rebels overran much of the country, including the capital Sanaa.

‘Important for youth to organize at national level’