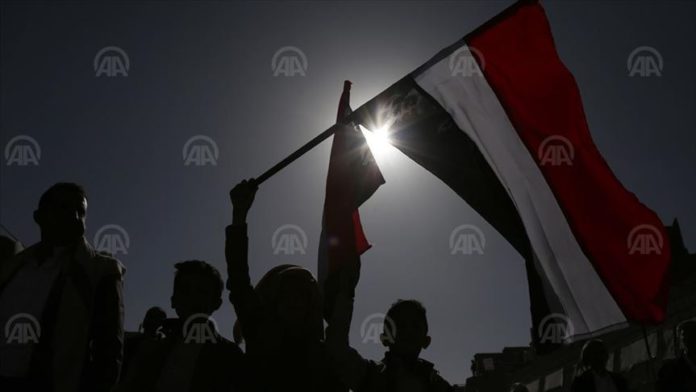 Human rights organizations in Yemen urged the UN on Sunday to replace its delegation of Yemeni international and regional experts and review its working methods.

The rights organizations made the call following a workshop in the temporary capital of Aden titled “Human Rights Developments in Yemen in Light of the Reports and Work of the International and Regional Experts Delegation.”

The organizations accused the UN Group of Eminent International and Regional Experts on Yemen of being “far from expertise and honesty, bowing to various influences and pressures” and of “being a supporter of the Houthis.”

Murad Al-Garati, president of the Temkin Development and Human Rights Organization, told Anadolu Agency that they had organized the workshop to ask the UN to reconsider the work of the delegation.

“There are no problems between us and the delegation, but we are faced with an international mechanism for the protection of human rights in Yemen. It is also our job as a civil society to work to correct the activities of the delegation,” said Al-Garati.

The three-member delegation, formed under the leadership of the UN in December 2017 to monitor and report on human rights violations in Yemen, includes Tunisia’s Kamel al-Jendoubi (chairperson), Australia’s Melissa Parke and Canada’s Ardi Imseis.

In Yemen, which has long been plagued by political instability, the Iranian-backed Houthi rebels have controlled the capital Sana’a and some areas since September 2014. They were driven out of the city of Aden, which became Yemen’s temporary capital.

Saudi-led coalition forces have been supporting the Yemeni government against the Houthis since March 2015.