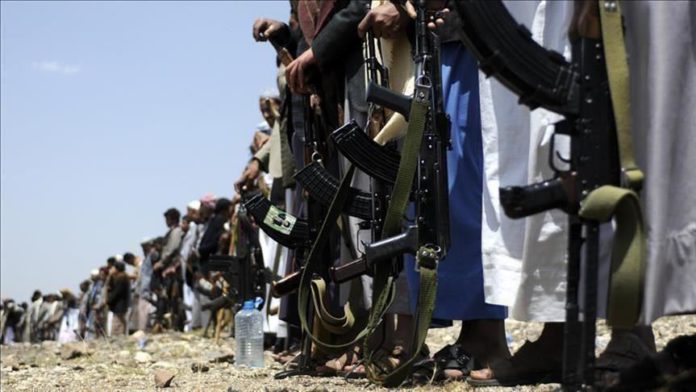 A Yemeni minister on Monday accused Iran of exporting terrorism and chaos in the region.

The accusation by Information Minister Moammar al-Eryani followed the US move to re-impose sanctions on Iran.

“Tehran regime exploited the [nuclear] agreement to expand its hostile policies and to export terrorism, chaos and violence, with the aim of destabilizing security and stability in the countries of the region,” al-Eryani said.

He asserted that Tehran used such groups to “target energy sources and shipping routes and threaten international interests”.

The Yemeni minister went on to call for tightening restrictions to prevent the sale and export of weapons to Iran, part of which “is used by the Houthi group to kill Yemenis and undermine efforts made to end the war and bring peace to Yemen”.

On Sunday, US Secretary of State Mike Pompeo said all UN sanctions have been re-imposed on Iran, including the permanent extension of arms embargo.

Iran and the other signatories of the 2015 nuclear accord have rejected the US move, saying it was legally flawed as Washington withdrew from the deal in May 2018.

US: 6 dead in New Jersey shootout, including officer