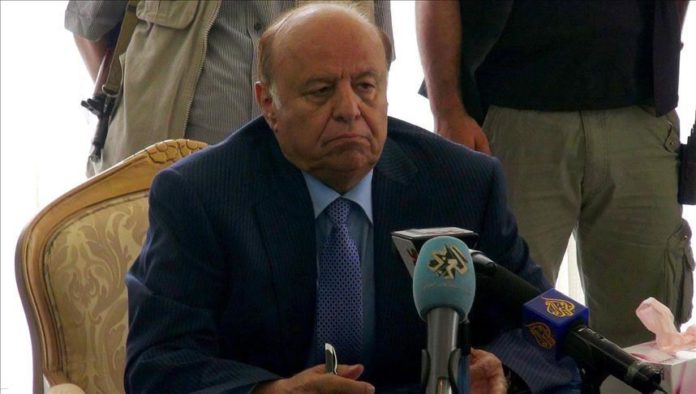 “The imposed war on our people caused a humanitarian catastrophe and blighted the Yemeni society,” he said in a letter to the annual UN General Assembly meetings. “We extended our hand for peace and did everything we could to support and facilitate the efforts of the UN to reach a lasting peace that stops the bleeding in Yemen.”

Hadi said despite Yemeni efforts at peace, the attempts were met with obstinacy by the Houthi militia and supporters in the Iranian regime.

The president stressed that the Houthis have committed massacres against civilians across Yemen, especially in Marib and the Al Jawf region which he said rebels have targeted with ballistic missiles.

He added that all Houthi crimes give a clear image of the intentions and stance of the militias toward peace and the government implores the international community to play its role to stop the arrogant militias.

Yemen has been devastated by a conflict that escalated in March 2015 after Iran-backed Houthi rebels seized Sanaa and forced Hadi to flee the country.

Violence has flared between the separatist Southern Transitional Council and government forces since the United Arab Emirates-backed group declared self-rule in Aden and other southern provinces in April.

A deal, The Riyadh Agreement, was signed between the government and STC in November following a month of fighting and included 29 terms to address the political, social, economic, and security situations in Yemen’s southern provinces.