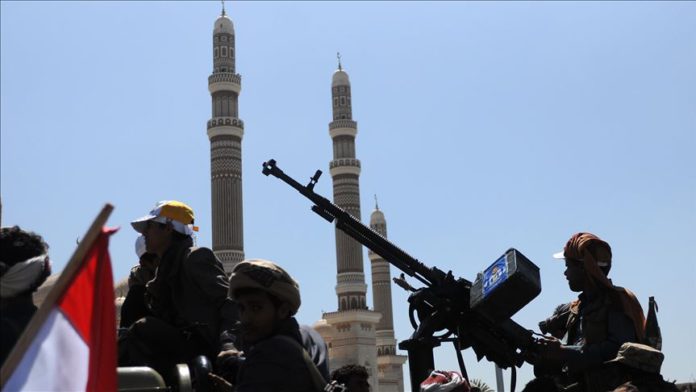 The Yemeni government signed an agreement Friday with the United Arab Emirates (UAE)-backed Southern Transition Council (STC), which declared so-called autonomy in the south, and with rebel soldiers in the army, a source told Anadolu Agency.

The government wants to end military tensions in Socotra province, according to the local authority who asked not to be named.

The agreement includes the delivery of all military points in Hadibu, the provincial center of Socotra, to government security and coalition forces, the official said.

He said the power will protect state institutions in Hadibu and the city’s entrances and exits.

The agreement includes the withdrawal of government forces and STC forces to their positions before recent events and no displacement of any vehicle or force in the First Marine Corps Brigade Command that was controlled by the STC, he said.

Last week, the STC declared self-governance and a state of emergency in the temporary capital of Aden and southern provinces.

The Yemeni government and the provinces of Hadhramaut, Shabwa, al-Mahra, Abyan, and the administration of Socotra have rejected the STC’s move, which has also drawn widespread international criticism.

Yemen has been devastated by a conflict that escalated in March 2015 after Iran-backed Houthi rebels seized the capital of Sanaa, and forced President Abdrabbuh Mansour Hadi to flee the country.

Five years of conflict have left thousands of civilians dead and 3.6 million internally displaced, according to the UN.

The effect on the country’s infrastructure has devastated major overland routes and severely damaged airports.

Nearly half of Yemen’s population of more than 30 million are in need of immediate assistance to sustain or save their lives.

It is estimated that, in the absence of food assistance, the number would go up to 20 million.