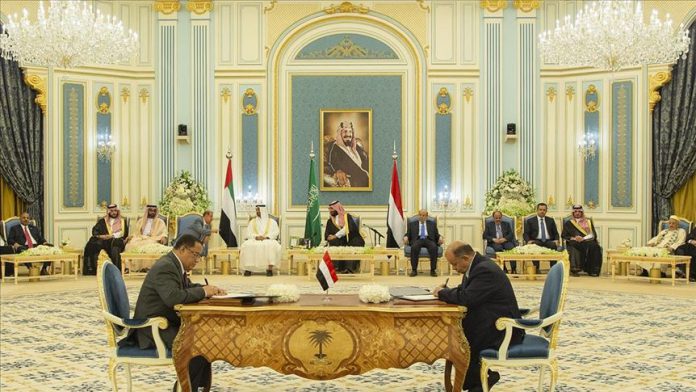 The Yemeni government and the separatist council on Tuesday signed a deal to end the conflict over several southern cities, including Aden.

The agreement was signed between the Yemeni government and the United Arab Emirates-backed Southern Transitional Council (STC) in the Saudi capital Riyadh.

Yemen’s Deputy Prime Minister Salem al-Khanbashi, representing the Yemeni government; and Nasser al-Khabaji, the representative of the STC, signed the agreement in the presence of Yemeni, Arab and other foreign leaders and politicians.