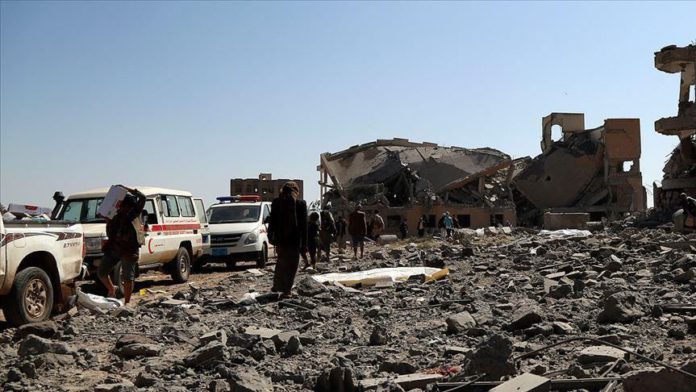 Yemen’s defense minister and army chief of staff survived a ballistic missile attack by Houthi rebels in the eastern Maarib province on Wednesday, according to a military source.

The attack targeted a military headquarter where Defense Minister Mohammed Ali Al-Maqdashi and Chief of Staff Sghaier bin Aziz were meeting army commanders in Maarib, the source told Anadolu Agency on condition of anonymity due to restriction on speaking to the media.

The attack resulted in the killing of Fahd bin Aziz, son of the Yemeni army chief of staff and his nephew, in addition to three soldiers and two officers, the source said.

No official statement has been issued by Yemeni authorities yet, while Houthis were not immediately available to comment on the reported data.