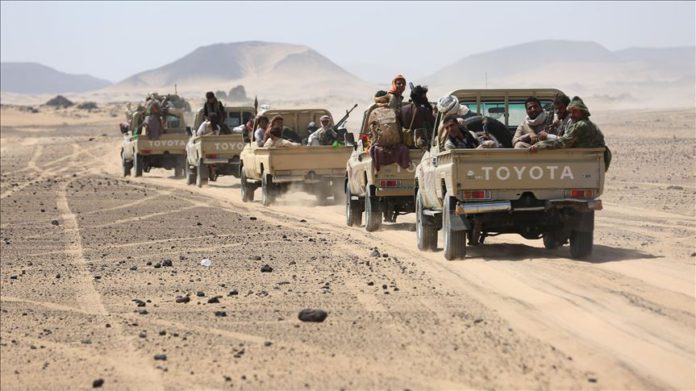 The Yemeni army announced late Thursday that it has surrounded a southern town under the control of Iran-backed Houthi militias.

According to the army’s September Net website, the acting commander of the 6th Military Region, Maj. Gen. Amin al-Waeli, said the army units surrounded the Houthi-controlled town of al-Hazm in Al-Jawf governorate.

Noting that they also took control of some military areas that are of strategic importance in Al-Jawf in recent days, he added that tens of Houthi militias were dead and wounded.

Al-Waeli said military vehicles of the militias were also destroyed.

The Houthis have yet to comment on the issue.

The town of al-Hazm is completely under the control of Houthi militias while al-Jawf city is partly controlled by Houthis and partly by the army units.

Syria: Russia deploys in base on Euphrates River