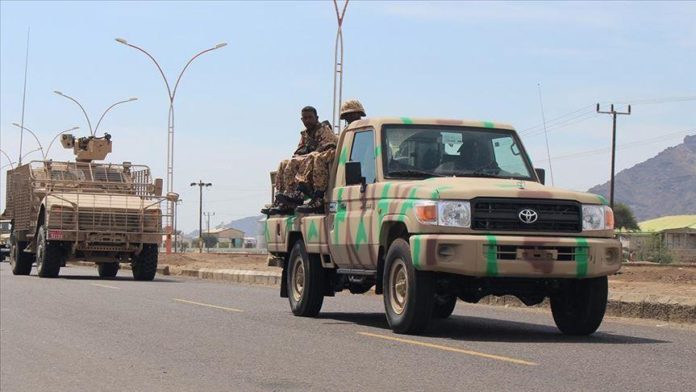 The Yemeni army and UAE-backed separatist forces of the Southern Transitional Council (STC) on Friday began to withdraw from contact lines in the Abyan province to implement the military plank of the Riyadh Agreement.

“The first phase of the withdrawal of government forces and STC militias from the contact lines in the region has begun,” Amin Husein, spokesperson for the Yemeni government Special Forces, told Anadolu Agency.

The 89th Brigade forces withdrew from the Sheikh Salim front, where armed clashes were taking place, and moved towards the Luder district, north of Abyan’s central town of Zinjibar, Husein said.

The Saudi-led Arab Coalition in Yemen said Thursday that the Yemeni political parties that signed the Riyadh Agreement had agreed to form a new government in one week.

An unnamed coalition official said the sides had agreed to form a government consisting of 24 ministers, including some representing the UAE-backed Southern Transitional Council.

Without naming any candidates for the ministers’ posts, the official said: “The government formation will be announced once the military part of the Riyadh agreement is completed within a week.”

The announcement came after months of talks in the Saudi capital Riyadh to implement the agreement between the Yemeni government and Southern Transitional Council.

In July, the Arab Coalition announced a proposal to accelerate the implementation of the Riyadh Agreement in which Yemen’s separatist STC gives up its unilaterally proclaimed self-rule in the southern provinces.

The Riyadh Agreement was signed between the government and STC in November 2019 following a month of fighting and included 29 terms to address political, social, economic, and security situations in Yemen’s southern provinces. Both parties, however, blamed each other for not abiding by the agreement.