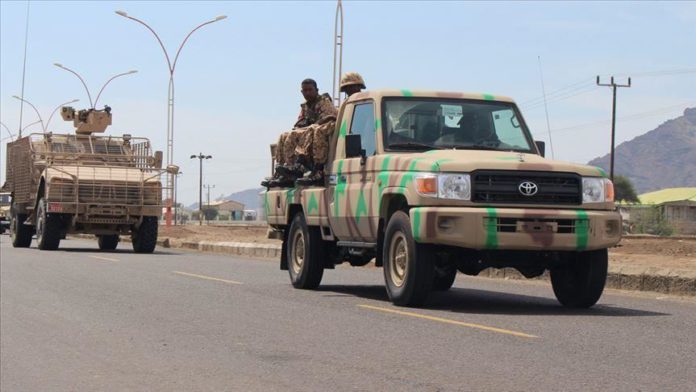 The Yemeni army said Tuesday it seized military points in the Sirwah district of Marib province.

Two arms depots and two vehicles belonging to Houthi militias were destroyed in attacks by the army and Saudi-led coalition forces, the army said in a statement.

The attacks left members of the Houthi militias dead and injured, it said.

Houthis were previously deployed at strategic points and used their positions as bases for attacks on settlements and villages in the west of Marib governorate.