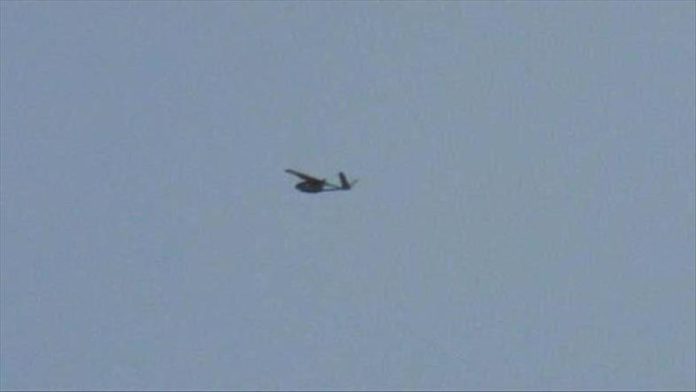 Yemeni army announced on Thursday it had downed a Houthi drone in southwestern Yemen.

Houthi militias carried out an attack on a military post belonging to the Yemeni army in the al-Birah region of Taiz province, the al-Amalika Brigade said in a statement.

No casualties were reported, the statement said.

A Houthi drone spotted in the sky was shot down by the army, it said.

The Houthi group is yet to comment on the coalition statement. However, the group regularly announces rocket and drone attacks on Saudi territories, saying they are a reaction to the Saudi-led coalition’s assault on Yemen.