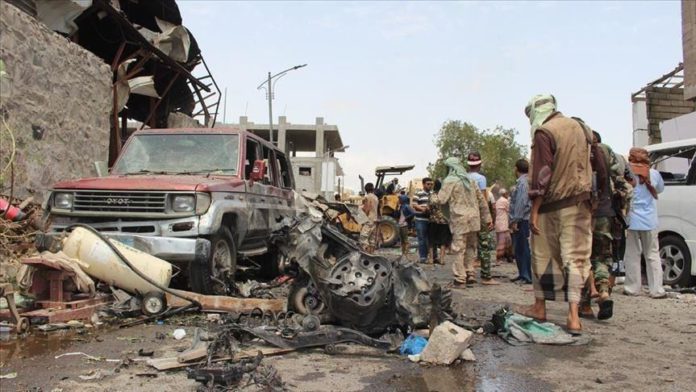 Thousands of Yemenis Thursday took out a rally in southern the country, demanding the government liberate the Taiz governorate from the Houthi group and restore security to the city.

The rally was organized by a non-governmental association “Families of Martyrs” in Taiz city where protesters raised slogans calling on the government to confront the Houthi rebels.

A statement read by the rally’s organizers called on the Yemeni government and the Saudi-led Arab coalition to support the liberation of Taiz governorate from the Houthis and confront, what it described as, the “Persian ambitions” in Yemen.

On Sunday, four civilians were killed and 6 others injured in clashes between armed groups in the southern governorate.

Following the incident, 13 advocacy groups urged the security forces to protect civilians in the Taiz governorate.

US lawmaker offers condolences for death of elderly Palestinian after Israeli...