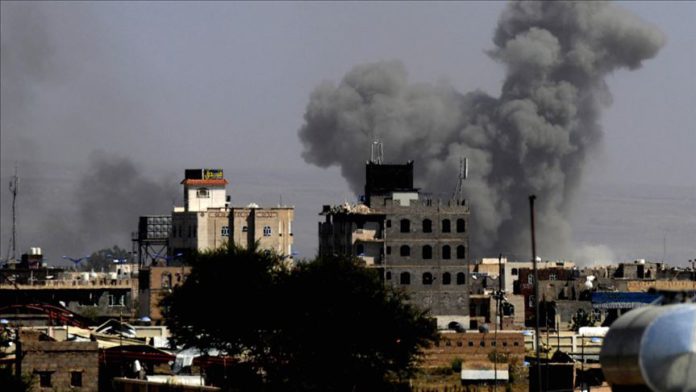 Saudi-led coalition warplanes struck a military airbase Tuesday that was held by Yemen’s Shia Houthi militia near the capital, Sana’a, according to military sources.

The source did not provide information on the results of the attack.

No information was disclosed about casualties and coalition forces have not yet released a statement on the incidents.

The Saudi-led coalition said Tuesday it intercepted and destroyed a ballistic missile fired by Houthi rebels toward Saudi Arabia.

Coalition spokesman Col. Turki al-Maliki said the missile was fired from the northern Yemeni province of Saada towards Najran in southern Saudi Arabia.

He said the attack came hours after forces shot down a drone fired by Houthi rebels toward southern Aseer province.

Palestine says no coordination with UAE on aid plane