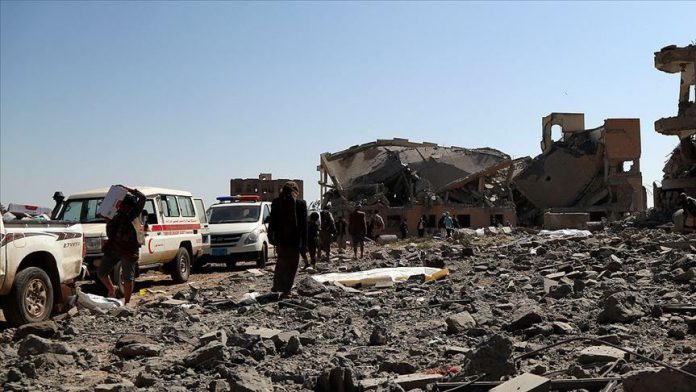 At least one soldier was killed and three others wounded in an airstrike on a government-held military camp in Yemen’s Marib city, military sources said Wednesday.

A ballistic missile hit the camp, according to the government military sources.

The incident follows an airstrike on Jan. 19 by Iranian-backed Houthi rebels on a government military camp in which at least 87 people were killed.

US says Afghanistan withdrawal to be done by end of August