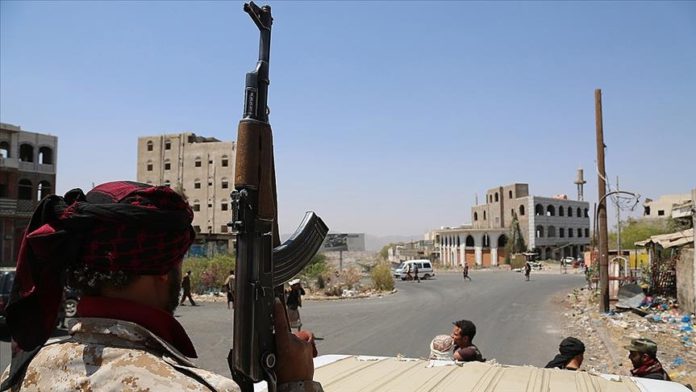 The Yemeni Foreign Ministry in a statement said the country’s government was ready to work with the international community to establish a comprehensive and sustainable peace in the country.

Referring to the appointment of Tim Lenderking, a career diplomat, as the US Special Representative to Yemen, the statement said this was an important step in supporting the country’s government and people.

On Thursday, Biden also formally ended US support for the Saudi-led offensive in Yemen, prohibiting all “relevant arms sales.”

“This war has to end, and to underscore our commitment, we are ending all American support for offensive operations in the war in Yemen, including relevant arms sales,” he said.

The US will also step up its diplomatic efforts to end the war, bolstering its support for UN-led initiatives to impose a nationwide cease-fire and resume long-stalled peace talks.

Speaking at the State Department in his first major foreign policy address, Biden said he was making the change due to the ongoing humanitarian catastrophe that the Saudi offensive has greatly exacerbated.

In his speech, Biden also said the US would continue to aid Saudi Arabia as it continues to face attacks on its soil from Yemen’s Houthi rebels and that Washington would help Riyadh “defend its sovereignty, and its territorial integrity, and its people.”

According to the official Saudi Press Agency (SPA), the kingdom welcomed this decision.

Saudi Arabia desires to work with all related parties and coalition forces to end the war in Yemen, said the SPA.

Riyadh’s campaign against the Houthis has prompted a widespread humanitarian outcry amid repeated atrocities, including the 2016 targeting of a funeral in Sana’a, the rebel-controlled capital, that killed more than 100 victims.

“We welcome every effort by the US to stop the war in Yemen and to lift the siege on the country,” the so-called Foreign Minister of the Houthis, Hisham Sharaf, told Al-Mayadeen channel affiliated with the Lebanese Hezbollah.

Referring to a Houthi source, which it did not reveal, the channel also claimed that there had been talks between the Houthis and the new administration of the US for a week.

The Iran-backed rebel group overran much of Yemen beginning in 2014, deposing the government and sending it into exile before it returned to the port city of Aden in 2016. Political turmoil has been the rule rather than the exception since, with a third separatist movement known as the Southern Transitional Council being declared in May 2017.

Political infighting has taken place amid what is widely considered to be the world’s worst humanitarian catastrophe, with Yemen, the Arab world’s poorest nation even before the conflict, facing widespread famine.