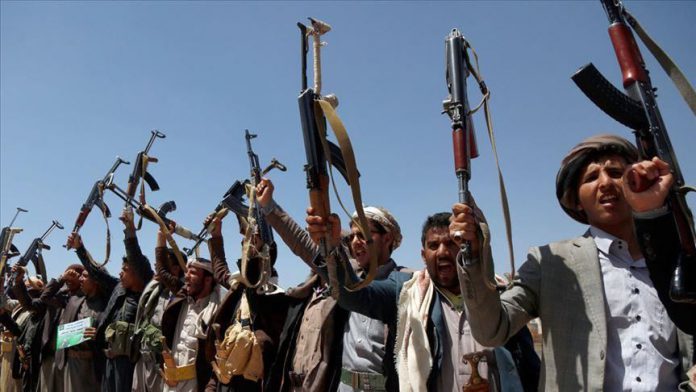 Yemen’s Houthis on Monday protested the killings of a top Iranian general and a senior commander of Iraq’s Hashd al-Shaabi forces by a U.S. drone strike, according to local media.

A crowd of people gathered in the capital Sanaa to protest the killing of Qasem Soleimani, commander of the Iranian Revolutionary Guards’ Quds Forces, and Abu Mahdi al-Muhandis, vice president of the Hashd al-Shaabi group, or Popular Mobilization Units (PMU).

Protestors hung photos of Soleimani while chanting anti-U.S. slogans, according to the Beirut-based Yemeni Al Masirah TV channel, aligned with Houthi rebels in the country.