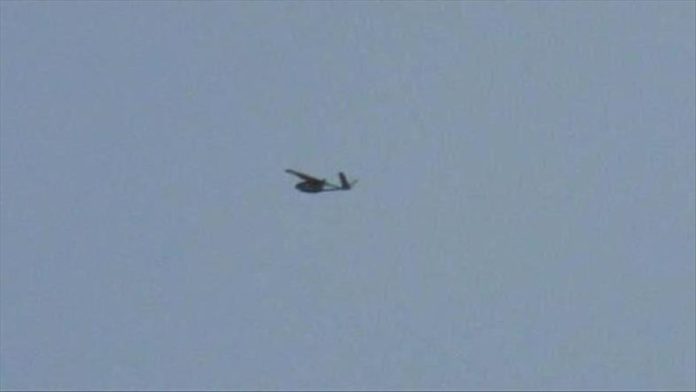 The Houthi rebel group in Yemen claimed on Sunday that they shot down a reconnaissance drone near the Saudi Arabian border in the north of the country.

“We have shot down a US-made RQ-20 Puma-style reconnaissance plane in Harad, north of Yemen, near Jazan city of Saudi Arabia,” Yahya Saree, the group’s spokesman, said on Twitter.

He also added that the operation was recorded by the information center.