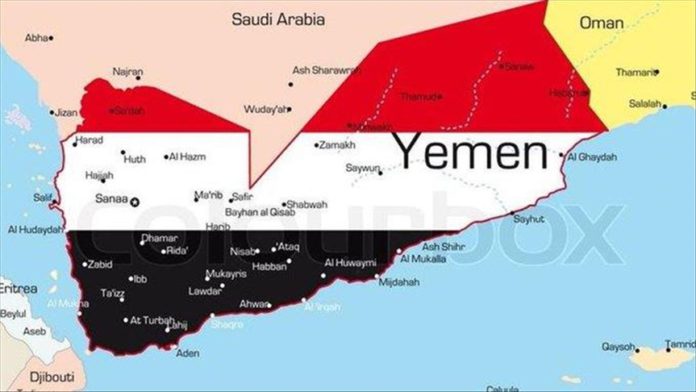 The terror attack on the airport was condemned by the Ministry of Human Rights of the Houthi government, which has no international legitimacy, according to a report by The Yemen News Agency, or SABA, which is affiliated with the Houthis.

The explosions were the result of Saudi Arabia’s activities aimed at breaking up the social fabric in southern provinces, it said and accused coalition forces of forming armed groups that planted explosives and orchestrating assassinations.

The attacks took place in the shadow of the bankruptcy of coalition forces who planned and directly supported terror attacks on the airport to target a civil facility by terror groups, it added.

Coalition forces have not yet responded to the Houthis statement.

At least 26 people were killed and more than 100 injured in three explosions that rocked the airport Wednesday in the southern port city soon after newly formed government members arrived in the temporary capital.

Houthis have denied involvement in the attack.