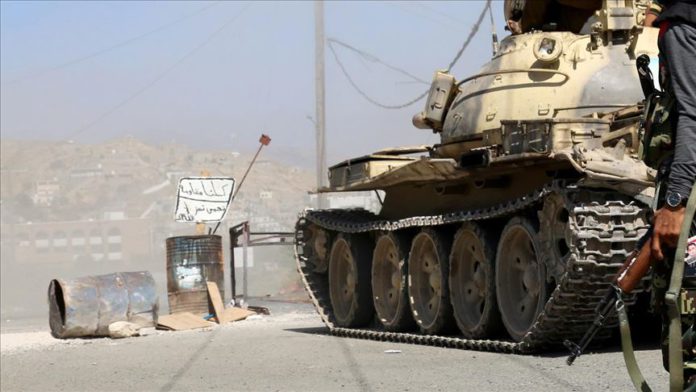 Socotra governor’s Information Secretary Muhammad Abdullah al-Socotri told Anadolu Agency that in line with an agreement to end military tension in Socotra reached Friday, the force has started its duty for the city’s security.

The takeover process began simultaneously with the withdrawal of armed militia of the United Arab Emirates (UAE)-backed Southern Transition Council (STC) and the Yemeni government’s military forces from positions after clashes.

Last week, the STC declared self-governance and a state of emergency in temporary capital of Aden and southern provinces, which caused tension on Socotra as well as the other provinces in the south.

The Yemeni government and the provinces of Hadhramaut, Shabwa, al-Mahra, Abyan, and the administration of Socotra have rejected the STC’s move, which has also drawn widespread international criticism.

Yemen has been devastated by a conflict that escalated in March 2015 after Iran-backed Houthi rebels seized the capital of Sanaa, and forced President Abdrabbuh Mansour Hadi to flee the country.

Five years of conflict have has left thousands of civilians dead and nearly 3.7 million internally displaced, according to the UN.

Nearly half of Yemen’s population of more than 30 million are in need of immediate assistance to sustain or save their lives.

G20 meeting to focus on climate change, sustainable water use