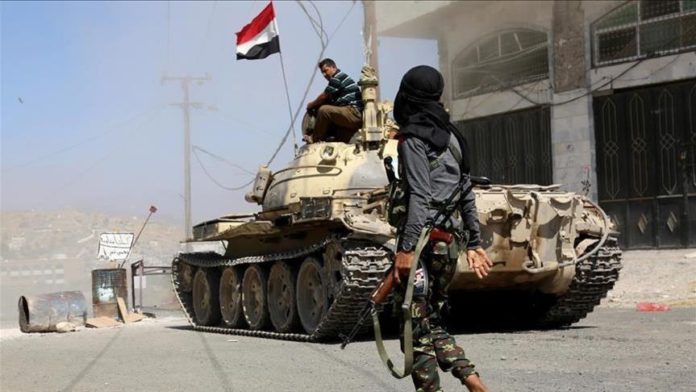 At least one child was killed in a Houthi artillery shelling in southern Yemen late Friday, the military said.

Two children and a woman were injured in the attack at a residential area in Taiz province, military spokesman Col. Abdul-Basit al-Bahr told Anadolu Agency.

The shelling caused material damage in the area, he added.

The Houthi group is yet to comment on the military’s accusation.

In a separate Houthi artillery shelling on late Wednesday, at least six Yemenis were killed and seven others injured in the country’s south.

The shelling targeted a residential area in At-Ta’iziyah district, north of Taiz governorate, the Yemeni military said in its news website SeptemberNet.