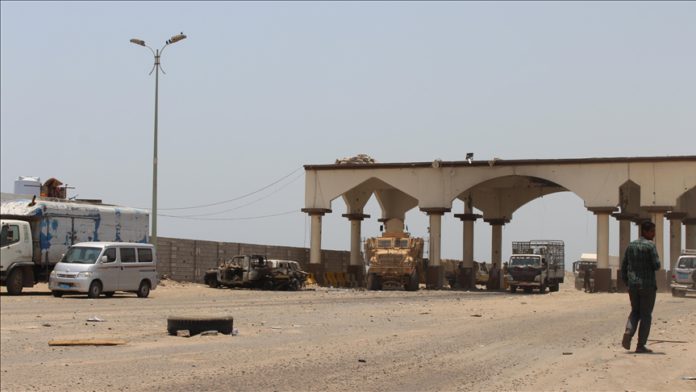 Yemen’s government asked the US on Wednesday to pressure the Houthi rebel group to break its seven-year siege on the southwestern Taiz province.

The request was conveyed during a meeting between Yemeni Foreign Minister Ahmed Awad Bin Mubarak and US Secretary of State Antony Blinken in Washington DC, according to a statement by the Yemeni Council of Ministers.

The government statement added that the two top diplomats also discussed enhancing bilateral ties between the countries, as well as recent developments in the war-torn country and the two-month truce.

A statement by the US Department of State quoted Bin Mubarak as saying during the meeting that “Taiz is still under siege,” and the Yemeni government expects “more pressure” from the international community, specifically from the US administration.

Meanwhile, the Houthi-run Saba news agency said the group’s Supreme Political Council was reviewing a request by the UN to extend the truce, saying it would decide based on its evaluation of the ongoing cease-fire which ends on June 2.

On April 1, UN envoy to Yemen Hans Grundberg announced a “long overdue” two-month truce between Yemen’s warring rivals, under which all offensive military air, ground, and maritime operations were halted.

The terms of the truce included a resumption of commercial flights from the capital Sanaa and the reopening of roads in Taiz city, which had been closed by the Houthis for seven years.

Since 2016, the Sanaa airport was closed by the Arab Coalition in Yemen, claiming that it was being used by the Houthis for military purposes, an accusation denied by the rebel group.

Yemen has been engulfed by violence and instability since 2014 when Iranian-aligned Houthi rebels captured much of the country, including the capital Sanaa.

The Saudi-led coalition entered the war in early 2015 to restore the Yemeni government to power.

The eight-year conflict has created one of the worst humanitarian crises in the world, with millions suffering from hunger.