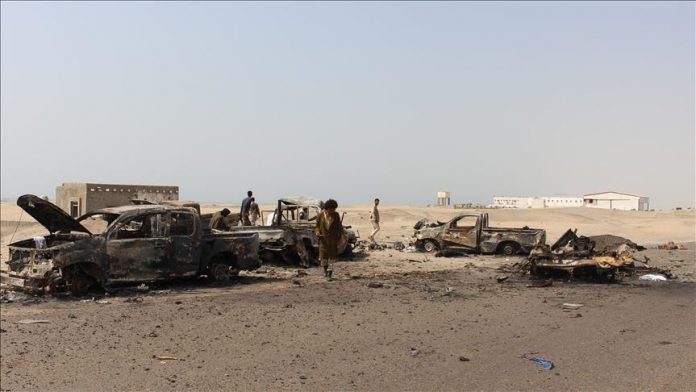 The Saudi-led Arab coalition in Yemen on Monday called for halting violations of the 2019 Riyadh power-sharing agreement.

In a statement, the coalition stressed that the parties of the deal were responsible to “take clear national steps towards implementing its agreed terms.”

The coalition stressed its support to the legitimate government and called on the Yemeni parties to “stop any activities or escalatory movements.”

The Yemeni government and five provinces in southern Yemen — Hadhramaut, Shabwa, al-Mahra, Abyan and the administration of Socotra — have rejected the STC’s move.

Last November, Riyadh sponsored an agreement between the legitimate government and STC following an armed conflict between them in southern Yemen.

According to the deal, a new Aden-based government would be formed, all military units would be tied to the defense and interior ministries and the two parties would exchange prisoners.

Another agreement was signed on April 20 between the Yemeni government and STC to implement the Riyadh Agreement.

NATO waits for ‘real’ sign of de-escalation from Russia: Stoltenberg