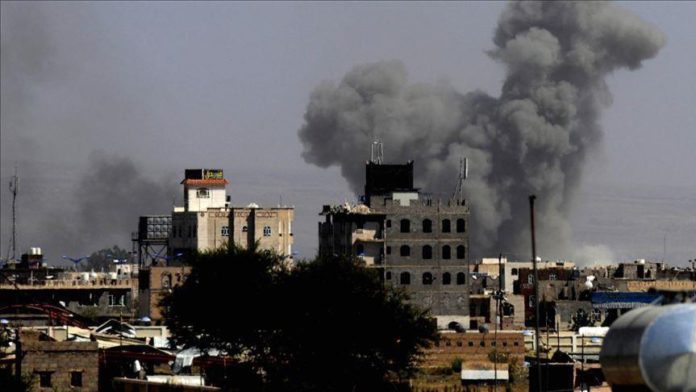 At least six Yemenis were killed and seven others were injured in a Houthi artillery shelling in southern Yemen late Wednesday, the military said.

The shelling targeted a residential area in At-Ta’iziyah district, north of Taiz governorate, the Yemeni military said in its news website SeptemberNet.

Among the dead were two women and a child, it also stated.

The Houthi group is yet to comment on the military’s accusation.

Last week, three blasts rocked an airport in the southern port city of Aden soon after the newly formed government members arrived in the temporary capital. At least 26 people were killed and over 100 others were wounded in the explosions. The Yemeni government blamed the Houthi rebels for blasts, while the Houthis denied involvement.

Yemen’s new Cabinet, led by Prime Minister Maeen Abdul Malik, was formed under the Riyadh Agreement between the Yemeni government and separatist Southern Transitional Council (STC), which is backed by the United Arab Emirates.

On Dec. 18, the Yemeni Presidency announced the formation of a power-sharing government containing 24 ministers selected on an equal basis between northern and southern provinces as stipulated in the Riyadh Agreement. The new government includes five ministers from the STC.

'India could surpass US COVID-19 numbers'