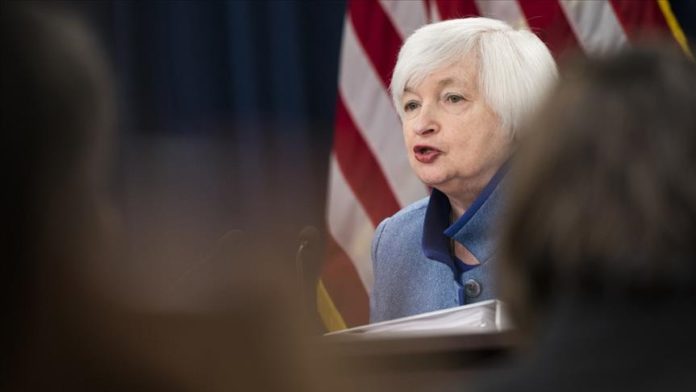 US Treasury Secretary Janet Yellen said the misuse of cryptocurrencies, like Bitcoin, for terrorism is a growing problem.

“I see the promise of these new technologies, but I also see the reality: cryptocurrencies have been used to launder the profits of online drug traffickers; they’ve been a tool to finance terrorism,” she said Wednesday at the Treasury’s inaugural US Financial Sector Innovation Policy Roundtable.

“We’re living amidst an explosion of risk related to fraud, money laundering, terrorist financing, and data privacy … By working together, we can better stem the flow of dark money from organized crime and terrorist financiers,” she added.

US Congress passed in December the Anti-Money Laundering Act and gave the Treasury a mandate to renovate combating illicit finance framework, which was initially designed during 1970s, and has not been updated since.

The Act is part of the National Defense Authorization Act that requires anti-money laundering and countering the financing of terrorism laws to be updated.

Yellen stressed that the update would be able to spot criminals who want to sell weapons of mass destruction in the black market.

While Yellen was the Federal Reserve Chair, she was skeptical of Bitcoin and other cryptocurrencies and said she was “not a fan” in 2017.

This has become the third time Yellen has spoken about cryptocurrencies this year. During her confirmation hearing for Treasury Secretary in January, she told the Senate Finance Committee that use of cryptos in terrorism was “a particular concern.” She softened her stance later in written remarks saying cryptocurrencies could be beneficial to the existing financial system as well.

Although cryptocurrencies make it easier for users to move liquidity between countries, crypto markets and service providers have made it mandatory to record users’ identities, and blockchain technology keeps massive information on money actions.

'Technology should be used for world's peace, welfare'