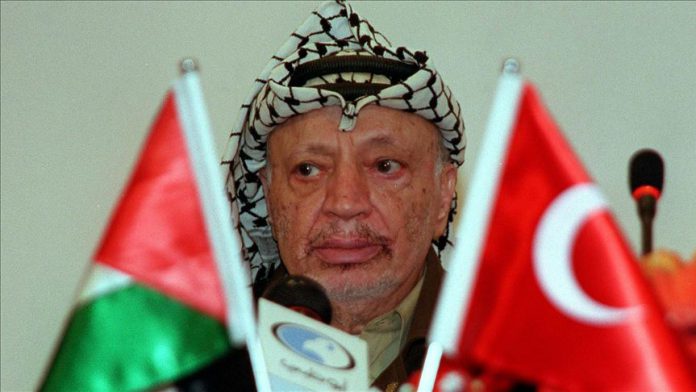 Five months before he passed away, the first elected Palestinian President Yasir Arafat had sent a message to the Turkish government to continue defending the holy city of Al-Quds (Jerusalem) and Al-Aqsa mosque.

Arafat, who was also founder of the Palestinian Liberation Organization (PLO), died on Nov 11, 2004 at the age of 75, in Clamart — southwestern suburbs of Paris, capital of France.

Talking to Anadolu Agency, Huseyin Tanriverdi, former Turkish MP, said he had visited Ramallah in May 2004, where Arafat had been kept confined within his Mukataa (headquarters) for over two years by the Israeli army.