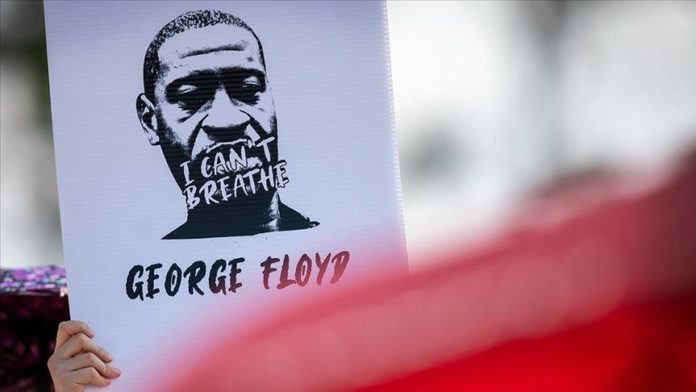 The family of George Floyd talked about what they have lost and what the nation will gain, on the announcement that the family will receive a $27 million dollar settlement from the city of Minneapolis.

The settlement was hashed out over several months, but became final on Friday, coincidentally, four days after the start of Chauvin’s trial. The settlement is separate from the trial.

“My brother is here in my heart,” said Philonise Floyd, George’s brother, at a Friday press conference. “If I could get him back, I would give all of this back. I know he’s with us now.. in our heart.”

Philonise Floyd dabbed his eyes repeatedly after he spoke at the press conference, which included the mayor of Minneapolis Jacob Frey, some city council members, and Floyd family attorney Benjamin Crump.

“He wasn’t posing a threat!” Crump bellowed, as he described the arrest of Floyd in May of 2020.

“George Floyd had more witnesses to his death than any other person in American history. Once you see that video, you can never un-see that video.”

But Crump and the Floyd family at the press conference, which included a second brother and a nephew, praised Mayor Frey and the city council, which unanimously signed off on the settlement.

“We applaud you and are grateful for showing this leadership… to show that the life of George Floyd mattered”, said Crump.

Philonise Floyd also praised the demonstrators who have come out in Minneapolis and around the world.

“I want to thank all the protestors for standing up. You put your lives on the line. There’s nothing I can do to re-pay you. America needs to heal. Our family needs healing.”

Mayor Frey said the racial and social justice reckoning that came out of Floyd’s death “struck Minneapolis like a thunderbolt.”

“Our black community has endured deep trauma. I cannot begin to thank the family enough. Amid unprecedented pain, we have a once-in-a-generation opportunity to effect change.”

Crump called the settlement the largest pre-trial civil rights settlement in American history and got fiery as he said “The settlement means the taking of black life will never (again) be written off as trivial.”

The family, Crump and the mayor all praised a bill in Congress now, the George Floyd Justice in Policing Act, which would crack down on police departments that hire officers with abusive pasts in law enforcement, among other things.

They also praised the fact that $500,000 of the $27 million dollar settlement will go toward improvements in the neighborhood where Floyd died, as the family had requested, and said the settlement sends a message to cities and police departments around the country that financial pain could be severe where ever police departments don’t police their own.

At the end of the press conference, a reporter asked the family if they could speak to what the financial settlement means to them.

Crump interjected, and waved off the question, saying that it was unseemly for the Floyd family to be asked about receiving millions of dollars, after the loss of a loved one.