TurkishPress
Home News Would a Biden presidency see a shift for emerging economies? 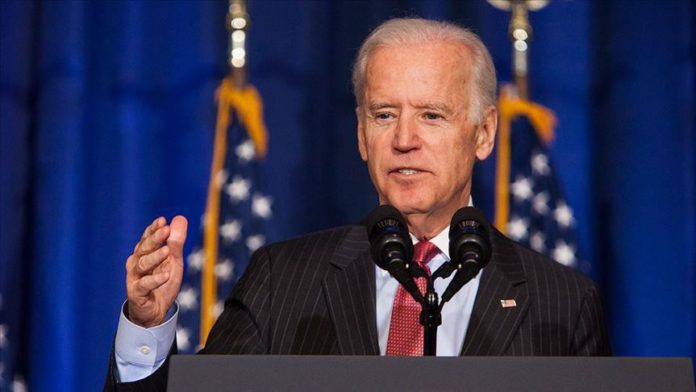 A Joe Biden presidency is not expected to make huge changes to the global economy and developing economies in the short run, but developments should at least be more stable and predictable, something missing from the Donald Trump era, economists told Anadolu Agency.

In the weeks leading up to Nov. 3, US Election Day, the presidential election has been in the spotlight of an anxious world.

Since Saturday, when major media outlets called the race, we have known that Biden will take office on Jan. 20, 2021.

It should come as little surprise that this election has been talked about so much.

Donald Trump is inarguably one of the most controversial figures in American political history, with policies that have rocked the world and its economy for their apparent capriciousness as well as their consequences.

Perhaps this is the reason why emerging economies like Turkey eagerly followed the election so closely and breathlessly awaited its outcome.

“The one issue with the Trump administration’s four-year rule for the global economy was that his policies basically were really similar to his erratic behavior,” said Ceyhun Elgin, an economics professor at Bogazici University in Istanbul, Turkey’s commercial capital.

Evaluating Trump’s term, Elgin said the problem with Trump was not quite about sanctions or trade barriers but the world’s inability to know what would happen next.

“When we look at the impact of Trump’s policies on developing economies, which Turkey also belongs to, I don’t think things would be very different if Hillary Clinton had been elected,” he said, referring to the ex-secretary of state who faced off against Trump in 2016.

On the monetary policy side, even though Jerome Powell, the current Federal Reserve Bank chair, is a Trump appointee, he acts independently in monetary policy, said Elgin.

Citing some examples of Trump’s arbitrary policy decisions on Turkey, Elgin told how he imposed sanctions and trade tariffs on Turkey amid a row over Andrew Brunson, a US pastor detained on terrorism charges, leading to a dramatic drop in the value of the Turkish lira in 2018.

“That’s a good indicator of Trump’s erratic behavior towards developing economies,” Elgin stressed, adding that over the next four years, he does not expect Biden to act similarly.

“There are several economic institutions such as the World Trade Organization (WTO) that Trump intentionally neglected in the past four years,” he said.

Trump disparaged such institutions, tried to starve them of US support, and worked to hijack their decision-making, claiming that they function against US interests.

“One particular example that can be given is the World Trade Organization, which Trump used to call a ‘catastrophe,’ whose appellate body’s ability to resolve disputes between countries was hampered,” he said.

Since he took office, Trump systematically blocked all new appointments to the appellate body when existing judges’ terms ended.

“So this important body of the WTO was quite ineffective in the last year-and-a-half,” Elgin added.

Elgin said Biden would reverse this by allowing for the appointment of replacement members and as well as a more liberal stance towards international trade.

“Trump has been defunding [global] institutions, damaging the grounds for international cooperation between countries.

“And those institutions could start to be funded again more significantly.”

But over the short run, Oyvat argued, Biden will not make a huge difference for emerging economies.

“Trump started trade wars, rising tariffs against some countries, however, if you look at Biden’s campaign, there is no explicit sign that he’s going to finish the trade wars,” he said.

Citing Biden’s campaign platform, Oyvat explained that Biden explicitly wants to still update trade rules so that the world would buy American products, the US current account deficit goes down, and more jobs are created in the US.

“And therefore, I believe trade wars are not something specific to Trump, we’ll see the same in the Biden government, at least for a while,” he underlined.

Oyvat also said a radical change in Fed policies should not be expected, since the bank’s Chairman Jerome Powell will be on duty for the next two years.

“It’s quite hard to change the dynamics in the Fed overnight,” he said.

The Fed’s policies should instead be analyzed in terms of the changing global trends since the 2008 financial crisis, he stressed.

While Biden’s election seems secured, his Democrats are still likely to lose the Senate, said Oyvat.

This means that any plans for a Green New Deal or similar investment on green energy and innovation or other expansionary fiscal policy plans like affordable housing might be blocked by the Senate.

According to Oyvat, if the US government starts to implement more expansionary policies, that will have two important effects.

“And the second is, of course, we need to save our planet. We need to do something about the ongoing global climate change that’s going to hit us.”