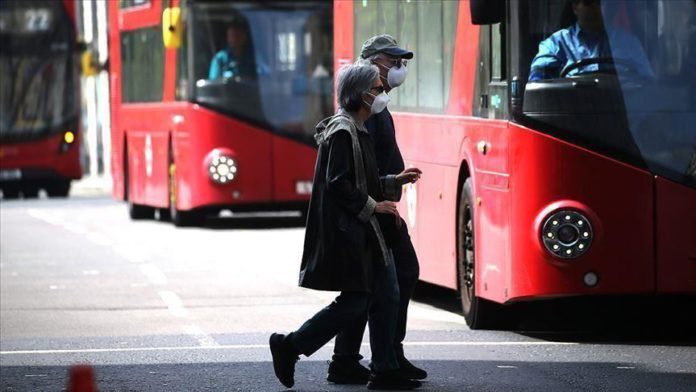 The European countries worst-hit by the novel coronavirus pandemic have begun to see light at the end of a long tunnel.

Even the UK, the new epicenter of the outbreak in Europe, is starting to plan exit strategies from its lockdown.

France is looking to May 11, as the country will enter a new phase of de-confinement.

Italy, the worst-hit country overall on the continent, has entered Phase 2 of the epidemic with relaxed restrictions.

British authorities announced Wednesday that the total number of deaths across the UK from the coronavirus had hit 30,076, an increase of 649 in the last 24 hours.

Speaking to Sky News, Health Secretary Matt Hancock refused to admit that the UK had the highest death toll in Europe.

During the prime minister’s weekly question time in parliament, Boris Johnson said he would give a statement on Sunday on his plans for an “un-lockdown” so people knew what changes would take place on Monday.

It was Johnson’s first such session since recovering from the coronavirus. He said a review of the lockdown would take place on Thursday, but as data was still coming in, he would only make his statement at the weekend.

At a Downing Street press briefing earlier in the day, the prime minister’s spokesman said it was “entirely possible” that the cabinet would meet over the weekend – a further sign the lockdown may be eased next week.

Italy reported 369 new fatalities from the coronavirus Wednesday, bringing the total to 29,684, as the country adapts to the new rules of Phase 2 of the emergency.

Data released by Italy’s Civil Protection Department confirmed that the peak of the outbreak has been overcome, but experts warn that a relaxation of the lockdown could trigger a rebound in the virus contagion curve.

Under the Phase 2 rules, Italian citizens are allowed to visit relatives and move more freely within each region. Some strategic businesses resumed activities under stricter security protocols, with over 4 million Italians back at work.

Schools, hairdressers, gyms and many other commercial activities, however, will remain closed.

Cafes and restaurants will offer takeaway only, and all travel between regions will be banned except for work, health or emergencies.

“We’re turning a new page, and we will have to write it together with faith and responsibility,” Prime Minister Giuseppe Conte said in a Sunday Facebook post. “The risks of having more infections are numerous, but we will be able to avoid them with responsibility.”

As of Monday, small shops and businesses in Spain were allowed to reopen provided that social distancing and hygiene measures are taken.

The shops can only serve customers based on reservations and there must be one worker per customer.

Restaurants were allowed to resume takeaway service. Previously, only deliveries were permitted.

The authorities have also made the use of masks mandatory on public transportation.

Four small Spanish islands, which have very few coronavirus cases, were also allowed to open some bars at 50% occupancy, and groups of up to 10 people can meet.

Although the number of deaths and new infections remain relatively low, Prime Minister Pedro Sanchez was seeking another two-week extension to the country’s state of alarm on Wednesday, which has been in effect since March 14.

“Taking away the state of alarm would be an absolute mistake,” Sanchez said Wednesday morning.

“We need more weeks with limitations to guarantee the health of our people.”

The country recorded another 244 deaths from the coronavirus and 685 new infections Wednesday.

The number of fatalities is the highest it has been since Saturday, but confirmed new cases fell by around 200 compared to yesterday.

French citizens have been eagerly awaiting May 11 as Prime Minister Edouard Philippe announced the lifting of the lockdown on this date.

After May 11, the population will be free to travel, but within a 100-kilometer (62-mile) radius of their residence; further journeys require a form disclosing the nature of one’s journey.

Shops and businesses may reopen except for those that involve large gatherings such as movie theaters, beaches and lakefronts. Libraries, media centers, cemeteries and forests may reopen as well. Cafes, bars and restaurants may not.

On Friday, France’s Health Ministry also released a color-coded map showing which departments, or areas of the country, will be allowed the most de-confinement. Those most restricted, to the northeast, arein red; those less so in orange; and those least, in the west, in green.

The map will serve as a guide and is updated daily and presented each evening at a press briefing by Jerome Salomon, the director general of health. It will be finalized on May 7. Upon de-confinement, conduct in each department will be left to local authorities to regulate.

Some 53,972 patients in the country have recovered from the pandemic.

Germany will continue easing its coronavirus lockdown measures by reopening all shops and schools, the government announced Wednesday.

Speaking at a news conference in Berlin following a video conference with the premiers of federal states, Chancellor Angela Merkel said they agreed on new steps towards normalization.

According to the new guidelines, Merkel said, all shops will be allowed to reopen regardless of their size, provided that they comply with physical distancing and hygiene regulations.

She urged citizens to wear face masks in public and keep a distance of at least 1.5 meters (five feet) from other people.

According to the new guidelines, kindergartens and primary schools will gradually reopen under rules which will be laid out by each federal state.

An earlier ban on gatherings of more than two people in public was also relaxed amid a decline in the number of coronavirus infections and deaths.

Merkel told reporters that from now on, members of two separate households will be allowed to meet outside, provided that they maintain the physical distance.

Rutte said hairdressers will resume operations on May 11. Libraries will also open on the same date.

Restaurants, cafes and museums will reopen with restrictions on June 1.

Wearing masks will be compulsory on public transportation from June 1.

As of Wednesday, the country reported 41,518 coronavirus cases, while the death toll stands at 5,521.