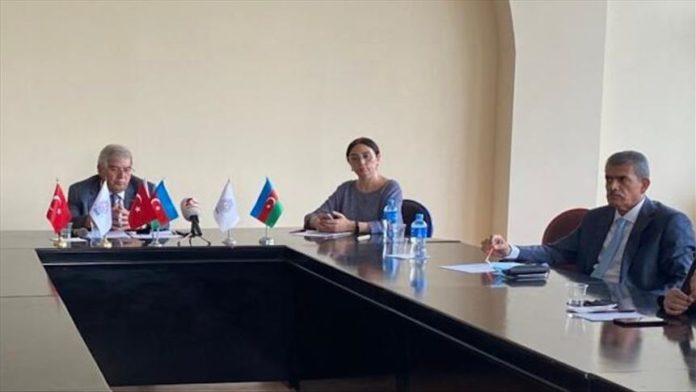 The world’s Turkic states should come together and join forces similar to the EU, an Azerbaijani academic and political activist told Anadolu Agency in an interview.

Yasaman Qaraqoyunlu, a member of Azerbaijan’s National Academy of Sciences and head of the Whole Azerbaijan movement, said in an interview that on Tuesday 11 political parties and public figures – including herself – inked a declaration proposing the unification of the Turkic states across the world.

She said that declaration urged that a strategic military alliance agreement must be signed between Azerbaijan and Turkey, noting that the “terrorist-separatist regime” of Armenia in the occupied territories of Azerbaijan poses a “real and open threat” to the interests not only of Azerbaijan, but also of Turkey.

While urging a mutual deployment of military bases in two countries, the declaration also called to intensify negotiations with other Turkic states to promote and expand the unity, and ultimately, achieve the establishment of a “Turkic Union” similar to the EU model.

“The theoretical foundations of the idea of unification of the Turkic world date back to the early 20th century,” she said, adding that the Bolshevik Revolution and policies of Russia prevented the realization of the idea.

But with the collapse of the former Soviet Union, the unity idea came up once again, she said.

“However, these organizations are not enough for the integration process of the Turkic world,” she said, noting that based on the common Turkish language, they should be created on common education policy, tourism, economy, culture, and environment “where the nations can unite.”

Not only organizations and governments, but also the people and NGOs must work hard so that the “Turkic people separated by geographies” can unite and become one nation, she said.

“The establishment of a common army and economy is a main condition for unity.”

If a “Turkic Union” is established, a common security doctrine and policy can be followed against a number of countries that threaten the Turkic world, she said.

The establishment of the union “from the Adriatic to China” borders would benefit the states and help those countries take a common stance against threats, Qaraqoyunlu added.

The “world chess board” has witnessed three processes in the last 30 years, she said.

“With the collapse of the Soviet Union, the bipolar world came to an end.”

The “construction of a unipolar world” under the US leadership through globalization process has begun, but not completed yet, Qaraqoyunlu stressed.

Global powers with different cultures, such as China, Russia, Iran, Malaysia, Indonesia, Japan, India, and Pakistan have on the other hand started the process of building a “multipolar world”, she said.

“The construction of a multipolar world would be possible with transformation of states into superpowers based on several criteria such as religion, language, and culture. That is why the Turkic world must unite under the leadership of Turkey so that the country becomes a global superpower,” she said.

The 21st century will be based not on interstate relations, but on civilizations and intercultural relations, Qaraqoyunlu said, adding that in this new system, the Turkic world must act as a single force, a “super-socio-cultural system” and power.