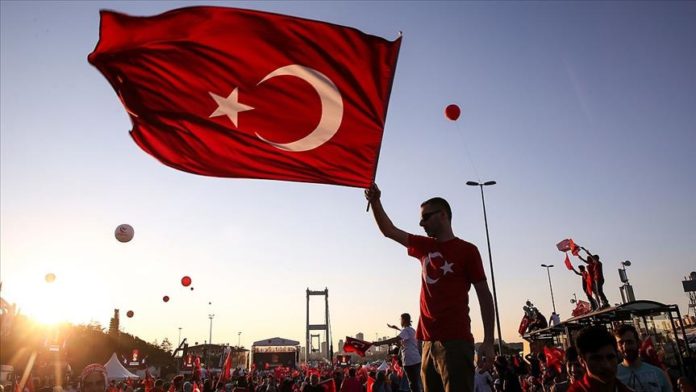 Messages of support for Turkey’s democracy came in the form of phone calls and statements from top international officials.

Bosnia and Herzegovina was the first country to issue a message of support for Turkey.

The first official visit to Turkey after the defeated coup was by Georgia’s then-Prime Minister Giorgi Kvirikashvili, who arrived in Turkey on July 19, four days after the coup attempt.

Nursultan Nazarbayev, who was the president of Kazakhstan at the time, was the first head of state to visit Turkey after the defeated coup.

High-level representatives from Middle East countries, including Bahrain, Palestine, Qatar, Iraq, and Iran also later visited Turkey, as did officials from countries in the Americas, Europe, and Asia.

Major European countries issued messages condemning the attempted coup but refrained from sending officials to Turkey for quite some time.

The US spoke out in support of Turkey at least three hours after the coup bid was launched.

Joe Biden, who was the US vice president at the time, visited Turkey on Aug. 24, over a month after the coup bid.

He called Erdogan a day after the unsuccessful bid to overthrow the Turkish government and conveyed his support for Turkey and its people.

President Erdogan spoke to Barack Obama, his American counterpart at the time, on July 19.

In the phone call, Obama condemned the coup attempt and voiced support for democracy in Turkey.