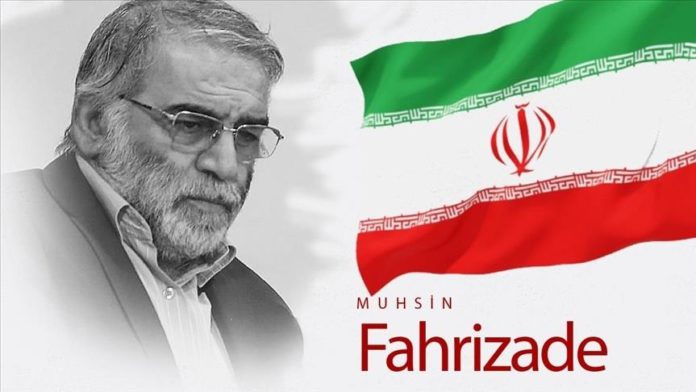 The world should thank Israel for the killing of Iranian nuclear scientist Mohsen Fakhrizadeh, an Israeli official who anonymously spoke to US media said Sunday.

The official’s statement to The New York Times caught attention as Fakhrizadeh’s assassination has shaken the region.

Although Israel has not formally claimed responsibility, the official’s comment shows that Tel Aviv was behind the assassination.

The Israeli official, who was reportedly involved for years in tracking Fakhrizadeh, said Israel would continue to take necessary steps against Iran’s nuclear program.

The official went on to say that Iran’s desire to obtain nuclear weapons, which was shaped by Fakhrizadeh, was posing a threat and the world should thank Israel for the killing.

In a presentation on Iran’s nuclear program in April 2018, Israeli Prime Minister Benjamin Netanyahu specifically mentioned the name of Fakhrizadeh, who was known as the “mastermind” of the nuclear program.

According to the Israeli newspaper Yedioth Ahronoth, Netanyahu pointed out that Israel played a role in the assassination of Fakhrizadeh at the press conference he held on the issue.

Fakhrizadeh, who headed research and innovation at the defense ministry, was attacked Friday in Damavand County near Tehran. The assailants reportedly exploded a vehicle ahead of Fakhrizadeh and fired at his vehicle, wounding him and others with him.

The wounded were rushed to a hospital, where Fakhrizadeh died from the injuries he sustained.

It is an attack that is fanning the flames of tension in the region.

The attack drew anger and outrage across Iran. A large group of protesters gathered outside Rouhani’s office in Tehran late Friday and demanded strong retaliation.

It is the second high-profile assassination of an Iranian since January, when a US airstrike killed Gen. Qasem Soleimani in Baghdad.

US unemployment jumps to 6.6M on virus layoffs