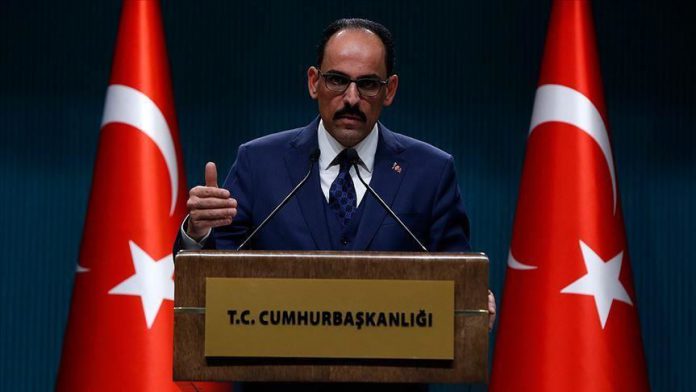 Turkey’s presidential spokesman on Friday called on the international community to take measures to de-escalate tensions in Syria after dozens of Turkish soldiers were martyred in a late night attack by the regime forces.

“The crisis in Idlib has crossed all limits. Therefore, the international community should put a stop to humanitarian crises in Idlib, Syria and take concrete steps,” Ibrahim Kalin said in a statement.

Late Thursday, at least 33 Turkish soldiers were martyred and dozens of others injured in an airstrike by Assad regime forces in the Idlib de-escalation zone, just across Turkey’s southern border.