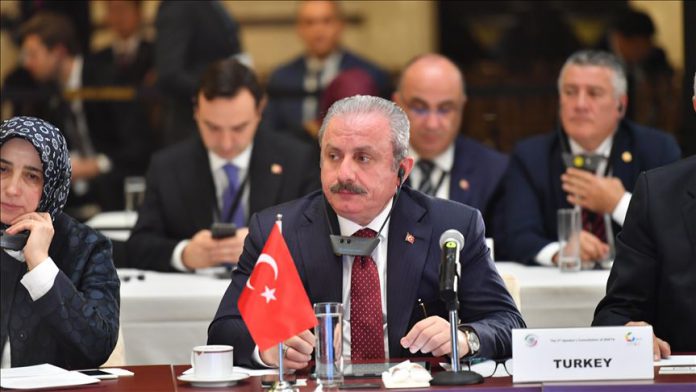 Turkey’s parliament speaker said Thursday that the world is seeking for new global platforms, with the parliamentary diplomacy getting the spotlight.

Sentop’s remarks came during his address of the 5th MIKTA Speakers’ Consultation meeting.

Established in 2013, MIKTA is an informal partnership consisting of Mexico, Indonesia, South Korea, Turkey and Australia.