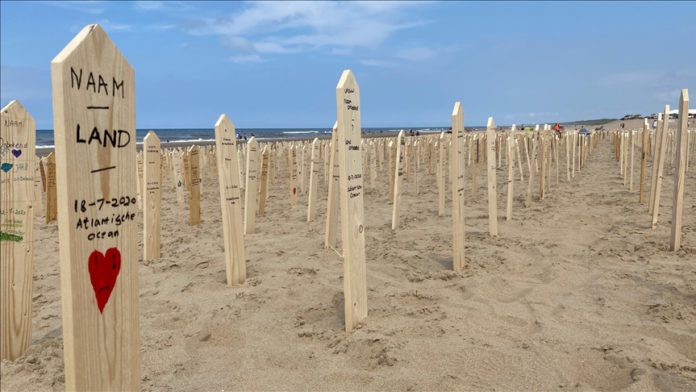 A webinar on Monday marked World Refugee Day with a discussion led by experts in the field of migration, in an event organized by the Zolberg Institute on Migration and Mobility of New York’s The New School.

At the event, Oxford University’s Alexander Betts and David Owen of the University of Southampton discussed their recent books on refugees and laid out different perspectives and ideas on global migration, policy, and states.

Speaking on his book The Wealth of Refugees: How Displaced People Can Build Economies, Betts said 86% of world refugees are currently hosted by low- and middle-income countries, adding that not only states but also societies and markets have complimentary roles to play on migration.

“I’m particularly interested in the economic lives of refugees, because I think economic opportunity matters on three levels,” he said.

“It matters for rights, we often forget that practically the entire second half of the 1951 [Refugee] Convention is about socioeconomic rights, and those rights are very often denied,” he added.

“It also matters, secondly, for well-being. We know from a lot of literature, including the psychosocial well-being, but work and being able to work matters, people’s mental health, it matters for their general sense of wellbeing.

“And thirdly, the politics, we know from the wider literature that hosts community attitudes towards refugees are much more likely to be positive when they’re perceived to be economic contributors, able to work, able to participate as consumers, employees, and entrepreneurs.”

Betts said it is crucial to be able to ensure that host communities share in the benefits of hosting refugees in order to make refuge sustainable “through public services like health and education, but also through access to jobs and achieving that relies upon building economies, building infrastructure, improving access to finance, improving access to employment.”

Owen spoke about his book What Do We Owe To Refugees? and relations between refugees and states.

“I’m kind of trying to indirectly affect policy by getting people to see the refugee regime in a different light, and including for activist groups to be able to say things like ‘well no actually, you know, smuggling people into Europe is a perfectly legitimate form of justified resistance. Refugees crossing on dangerous journeys we wish they didn’t have to take is a kind of transnational civil disobedience and perfectly legitimate as such’,” he explained.

Sloth hanging from cable in Colombia rescued from deadly fate