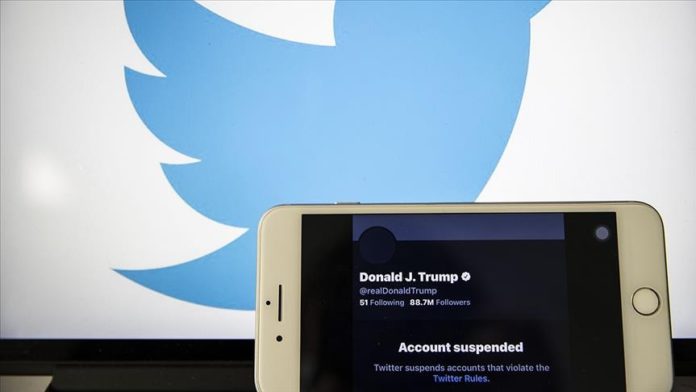 ANKARA  – After Twitter permanently suspended US President Donald Trump’s account, the social media platform became the focus of debate about policies of freedom of expression and neutrality, which Twitter has always propagated, reflect the truth.

The social media platform founded by Jack Dorsey and his friends in March 2006, kept the debate going during the US presidential election and after Trump’s suspension.

Users around the world accuse social media companies with a certain power, such as Twitter, of “being non-state actors” and “censorship.”

Shannon McGregor, at the Department of Journalism and Media at the University of North Carolina, said the company made the move to win favor with the incoming Joe Biden administration.

Many who supported Trump also reacted to Twitter’s decision.

The company, which is headquartered in San Francisco, California, has 4,800 employees worldwide and has 340 million users globally, with the US, Japan, UK and India among the top countries using the platform.

Dorsey, known for his anti-Trump attitude, became the focus of controversy with his decision to ban political ads on Twitter in 2019. That drew attention to Dorsey given the fact that it came before the political campaign for the US presidential elections.

Dorsey before the presidential elections, however, admitted it was wrong to block news by the New York Post newspaper that wrote about Hunter Biden’s work in Ukraine.

On the other hand, Dorsey’s personal account was hacked in 2019 and it was found to contain racist and immoral posts made from that handle.

At least five people were killed, including one woman shot by Capitol police.

Trump is accused by many of inciting supporters to halt Congress’ ability to confirm Biden’s election victory.