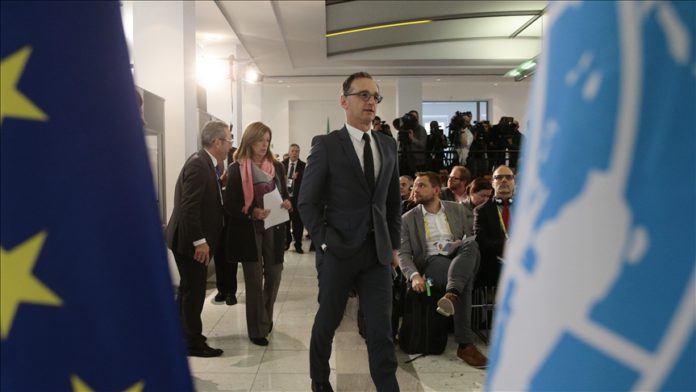 “Today’s agreement on a new interim executive authority for all of Libya is another milestone towards peace,” German Foreign Minister Heiko Maas said on Twitter. “All Libyan factions and actors outside Libya must now support preparation of elections and implementation of ceasefire and not stand in its way.”

Considering that elections are scheduled Dec. 24, 2021, the determination of the unitary and inclusive interim executive authority is an important step in strengthening Libya’s stability and institutional structure, it said in a statement.

A new political phase begins, which is decisive for the establishment of the Presidential Council and for the full implementation of the ceasefire agreement of Oct. 23, 2020, and the withdrawal of all foreign fighters and mercenaries, in the perspective of the Government of National Accord, which we hope to be fully comprehensive, it added.

“Malta notes the outcome of the election for the transitional government of Libya. Best wishes for a united Libya run by Libyans for the common good of Libyans in a peaceful and prosperous Libya,” Maltese Foreign Minister Evarist Bartolo said on Twitter.

“We look forward to working with you for the mutual benefit of #Libya & #Malta,” he added.

UK’s Foreign, Commonwealth and Development Office said the governments of France, Germany, Italy, the UK and the US also hailed the agreement.

“This critical step towards reaching a negotiated, inclusive political solution is the result of a genuinely Libyan-led and Libyan-owned process, the mediation of the United Nations, and the support of the Libyan people,” it said.

The statement encouraged Libyan authorities and actors “to ensure a smooth and constructive handover of all competences and duties” to the new unified executive authority, adding that “a long road still lies ahead.”

It emphasized that the unified executive authority will have to implement the cease-fire agreement, provide essential public services to Libyans, initiate a program for meaningful reconciliation, address critical national budget needs, and organize national elections.

“We call on the delegates of the Libyan Political Dialogue Forum to maintain their important function, guaranteeing the focus of the new unified executive authority on preparing and holding elections as decided by the Forum,” it added.

Recalling that the international community committed to supporting a resolution to Libya’s conflict at the Berlin Conference on Libya last year, the statement underlined that all participants at the Conference should now support the executive authority in fulfilling its duties to the Libyan people, fully implement the arms embargo and support the immediate withdrawal of all foreign fighters and mercenaries.

“We stand ready to hold to account those who threaten stability or undermine the political process in Libya,” it said.