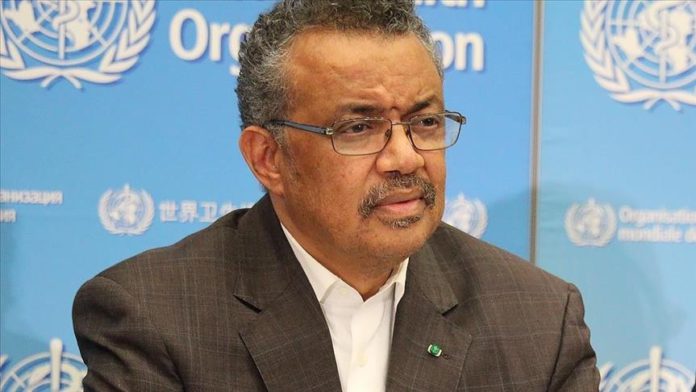 The world is not in good shape in fighting COVID-19, according to the World Health Organization on Wednesday as the WHO chief announced the passing of the 4 million mark in fatalities, which he said is a likely underestimate.

“We have just passed the tragic milestone of 4 million recorded COVID-19 deaths, which likely underestimates the overall toll,” said WHO Director-General Tedros Ghebreyesus speaking at a webinar.

“Some countries with high vaccination coverage are now planning to roll out booster shots in the coming months and are dropping public health, social measures, and relaxing as though the pandemic is already over.”

The WHO chief said that compounded “by fast-moving variants, and shocking inequity in vaccination (in) far too many countries in every region of the world we are seeing sharp spikes in cases and hospitalization.”

He said this is leading to an acute shortage of oxygen treatments and driving “a wave of death” in parts of Africa, Asia, and Latin America.

“Vaccine nationalism, where a handful of nations have taken the lion’s share, is morally indefensible, and an ineffective public health strategy against a respiratory virus that’s mutating quickly and becoming increasingly effective at moving from human to human.”

He noted that at this stage in the pandemic, the fact that millions of health and care workers have still not been vaccinated is “abhorrent.”

Tedros said variants are currently winning the race against vaccines because of inequitable vaccine production and distribution, which also threatens the global economic recovery.

From a moral epidemiological and from an economic point of view, “now is the time for the world to come together to tackle this pandemic collectively,” said the WHO chief in a call for getting more vaccines to the developing world.

“This is another crucial opportunity for leaders to take urgent steps to end the acute stage of this pandemic, providing the necessary funding to scale up the equitable manufacturing and distribution of health tools.”

The WHO chief said he had repeatedly called for 10% of people in all countries to be vaccinated by September and for that figure to rise to 40% by the end of the year.

“It would position the world on the path to vaccinating 70% of the people in all countries by the middle of 2022,” said Tedros, urging the G20, finance ministers, and other leaders to get behind these targets collectively.

“It’s the fastest way to end the acute stage of the pandemic, save lives and livelihoods, and drive a truly global economic recovery.”