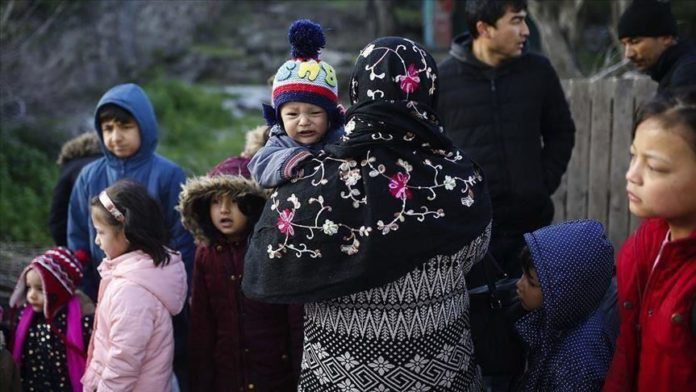 The UN Refugee Agency on Thursday said an unprecedented 79.5 million people were displaced as of the end of 2019, with Turkey hosting the highest number of people forced to leave their homes.

“UNHCR has not seen a higher total,” Filippo Grandi, UN high commissioner for refugees, said at a news conference in Geneva while announcing the agency’s Global Trends report.

“This is the highest figure that UNHCR has recorded since these statistics have been systematically collected and is a reason for great concern.

“This is, by the way, approximately 1% of the world population. We’ve never reached this very significant percentage,” said Grandi.

Pakistan and Uganda hosted the 4th and 5th largest number.

The report released two days before World Refugee Day also noted diminishing prospects for refugees when it comes to hopes of a quick end to their plight.

In the 1990s, on average, 1.5 million refugees were able to return home each year, said UNHCR.

“We are witnessing a changed reality in that forced displacement nowadays is not only vastly more widespread but is simply no longer a short-term and temporary phenomenon,” said Grandi.

The figures highlight that at least 100 million people were forced to flee their homes in the past decade, seeking refuge either both in or outside their countries. That is more people fleeing than the entire population of Egypt, the world’s 14th most populous country.

The report noted that forced displacement has almost doubled since 2010 (41 million then against 79.5 million now).

It also shows that 80% of the world’s displaced people are in countries or territories affected by acute food insecurity and malnutrition – many of those countries facing climate and other disaster risks.

More than three-quarters of the world’s refugees (77%) are caught up in long-term displacement situations – such as the situation in Afghanistan is now in its fifth decade.

Further, more than eight of every 10 refugees (85%) are in developing countries, generally a country neighboring the one they fled.

UNHCR said that the Global Trends Report counts all significant displaced and refugee populations, including the 5.6 million Palestine refugees who fall under the care of the United Nations Relief and Works Agency for Palestine.

“People cannot be expected to live in a state of upheaval for years on end, without a chance of going home, nor a hope of building a future where they are,” said Grandi.

Turkey made no concessions at NATO summit: Top diplomat