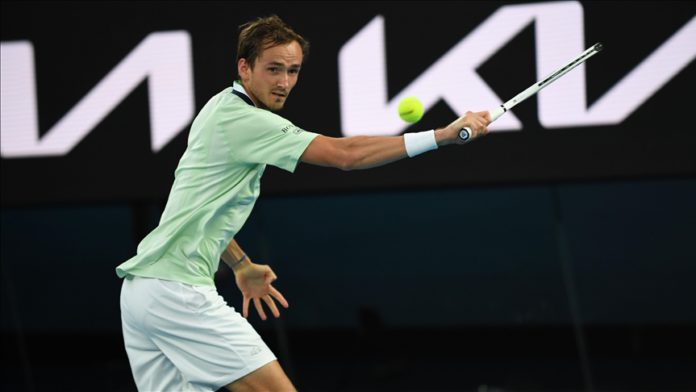 Russian second-seed Daniil Medvedev made his way to the third round in the 2022 Australian Open after eliminating his Australian opponent Nick Kyrgios 3-1 on Thursday.

Ranked 57th in the world, van de Zandschulp made the third round as France’s Richard Gasquet retired from their second round match.

Raducanu eliminated in women’s 2nd round

Emma Raducanu from Great Britain was eliminated from the 2022 Australian Open after getting beaten by Danka Kovinic of Montenegro in women’s second round.

It was the first time that world. no 17 Raducanu played in Melbourne.

Kovinic, 27, will face two-time Grand Slam champion Simona Halep in the round three.

The 30-year-old Romanian athlete eased past Brazil’s Beatriz Haddad Maia with straight sets win of 6-2, 6-0 in the previous round.