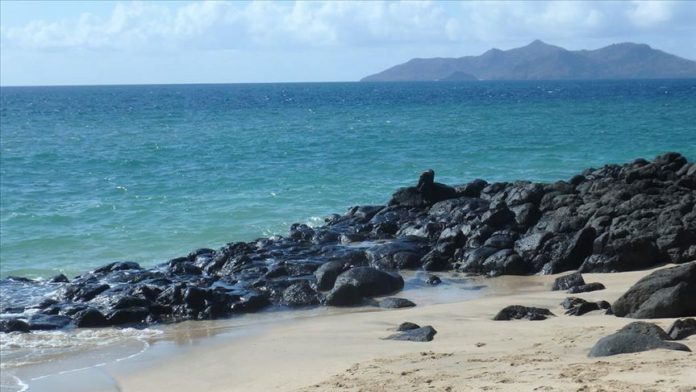 On the occasion of World Oceans Day, the role of the oceans — which provide the oxygen we breathe, food, as well as regulate the climate — will be celebrated online Monday with the theme “Innovation for Sustainable Ocean”.

Covering approximately 70% of the Earth’s surface and 90% of the biosphere, oceans are under the threat of climate change-related warming and acidification that directly affect human life as well as many ecosystem services.

World Oceans Day is celebrated annually on June 8 to raise awareness over the importance of the world’s oceans and efforts to improve “the deep” since 1992, following the UN Conference on Environment and Development in Rio de Janeiro, Brazil.

This year’s theme is “Innovation for a Sustainable Ocean” which will be observed with day-long events produced in partnership with Oceanic Global featuring keynote speeches, panels and presentations online due to the COVID-19 outbreak.

“Innovation — relating to the introduction of new methods, ideas, or products — is a dynamic term, and one that is fundamentally filled with hope,” as the problems that oceans face keep growing, said the UN.

According to the latest research published in the scientific journal Advances In Atmospheric Sciences, heat in the world’s oceans reached record levels in 2019 and the past five years were the top five hottest recorded in the ocean.

One possible result of the finding would be warming ocean-driven melting ice that leads to rising sea levels which could affect 1 billion people by 2050, with iconic polar species facing the risk of extinction, experts warn.

Speaking to Anadolu Agency on the occasion of World Ocean Day, Jerwin Baure, a Filipino environmentalist and chairperson of the Advocates of Science and Technology for the People, stressed the significant role of oceans via coastal ecosystems, the region where land and oceans meet.

“Oceans, particularly coastal ecosystems like mangroves and seagrass meadows, are capable of absorbing carbon dioxide from the atmosphere and trapping them in the sediments,” he said, referring to carbon sequestration.

As he mentioned during the third webinar of the Talks for Future series organized by the Fridays for Future movement on April 10, Baure said coastal ecosystems serve as habitats and nursery grounds for many commercially important species and also provide protection by buffering storm surges and waves.

Touching on his experiences with environmental activities for the protection of the climate and oceans, he mentioned the campaign against the Manila Bay reclamation, “which could potentially destroy mangrove ecosystems and ultimately affect food production and coastal protection,” he said.

He said the project poses a threat to mangroves, which are seen as significant ecosystems for climate change adaptation and mitigation, already violating many environmental laws.

“Calcifying organisms like shells of many species will dissolve, corals and clams will bleach, seagrasses will die due to excessive warming, and thus these coastal ecosystems will be destroyed,” he highlighted, referring to one possible worst-case scenario that people may face if they fail to eliminate the threats.

Habitat destruction of the ocean ecosystems will not be limited to the oceans, but “will ultimately affect many ecosystem services,” he said.

“Climate change would have minimal impacts on our oceans and coastal ecosystems if we keep these ecosystems healthy,” Baure said, adding the world “must” stop development projects that destroy ocean ecosystems.

He concluded that stepping up conservation efforts and addressing carbon emissions are a must for keeping oceans safe.

In its statement on World Oceans Day, the UN highlighted that some organisms that were discovered at extreme depths are being used to speed up the detection of COVID-19, which is an example of how the environment could provide solutions for humankind.

The novel coronavirus pandemic has killed more than 403,100 people worldwide with over 7 million confirmed cases and over 3.14 million recoveries, according to figures compiled by US-based Johns Hopkins University.

Turkey to keep pressing US to stop supporting PYD/YPG