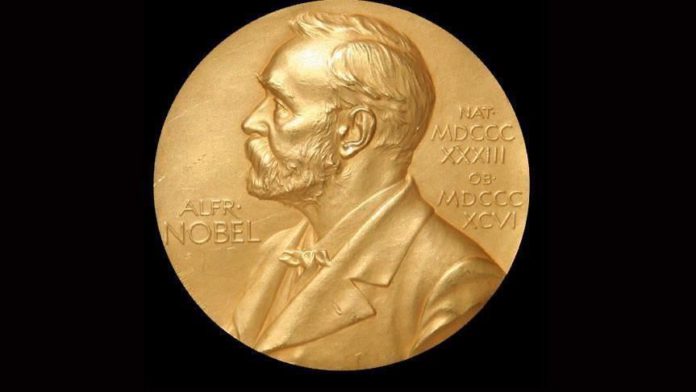 The World Food Programme is strongly hoping the Nobel Peace Prize it won last week can make a difference to the organization that is one of the first responders to any humanitarian crisis.

“We hope with this Nobel Peace Prize we can translate the support that we’ve received. In turn, that can translate into dollars and cents, so that we can continue to scale up in mounting effective responses and meet the needs of people who are at risk of hunger,” Tomson Phiri, the WFP Geneva spokesman, told Anadolu Agency.

He noted that the UN’s food program was able to withstand its situation toward the end of June when it had warned it might have been forced to halt its services around the world due to insufficient funding.

“At the time when we issued the call, we needed more money. But also, we started seeing increasingly more and more countries opening up the air spaces,” said Phiri, who is at pains to stress that if the world wants to stop feeding people, it must resolve conflicts.

“The new funding that we received also coincided with a reduction in global passenger flights,” said Phiri, who grew up in Zimbabwe and is the son of Malawian and Zambian parents.

Yet, the WFP is already into its next funding period of need.

“The COVID pandemic has given rise to a food security crisis of global proportions. WFP estimates that the number of people in need could jump to 270 million by the end of the year.”

That is 32% more than before the pandemic.

“Our budget globally to provide assistance for 2019 was huge. And we received $8-billion – a record level of funding.

“But this was a budget that we did before the pandemic hit, before there was a need to, to provide as many air bridges, as many flights as we did in the end.

“And we currently need about $4.1 billion to be able to provide assistance in full for the next year,” said Phiri.

His nine-year career at WFP has involved field stints in Zimbabwe and South Sudan, two countries that are unfortunately too used to hunger, now much of his work centers on Africa’s Sahel region, where there is conflict and hunger.

“The year 2020 was a record for the United Nations World Food Programme,” said Phiri noting it was also a challenging year for the entire globe.

“We had received record levels of funding from donors. But of course, the budgets are what we had been done before the pandemic had hit. And as always, the United Nations World Food Programme is always fundraising on the go. We are 100% voluntarily funded.

When he heard of the prize, he said, “I thought of all my colleagues whom I’ve worked with in many countries, all the sacrifices that they sometimes make under conditions of insecurity. I think this is for them.”

“Clearly, 2019 was a year where humanitarian workers felt the brunt of what happens at times of conflict.

“In 2019, 483 humanitarian workers were either killed or wounded in 277 separate incidents. It points to the difficult conditions under which all of our colleagues deliver that much-needed assistance,” said Abdulla when he briefed journalists at the UN in Geneva this week.

He observed seven members of WFP were killed in the March 2019 Ethiopian Airlines plane crash.

“The complete interlink between food, conflict, and peace is really drawn. If you think of the 13 major food crises in the world today. 10 of them are driven by conflict. And you know, hunger is both an effect of conflict and war. But it can also be a cause,” said Abdulla.

And for him, prevention is always better than cure.

“It is generally accepted term that about $1 spent in prevention or preparation or avoiding a crisis can stop you having to spend $6 to $7 as an impact of the crisis,” said Abdulla.

“History has shown that over 50% of the conflicts that get ended, reoccur. And sometimes that’s happens in less than six or seven years.”

That is why he believes that the awarding of the Nobel Peace Prize to WFP “is indeed, obviously, a huge honor for those of us working on matters of food security, but indeed, for multilateralism, and indeed for humanitarian assistance worldwide.

“It is not just the United Nations system, but many, many important partners are working in that field.”

He cites the Red Cross and so many other actors in the field.

David Beasley, WFP’s American executive director, said in a report on Friday: “It’s the most vulnerable people who feel the worst effects. Their lives were already on edge.

“Their lives were already on edge – prior to the coronavirus pandemic we were looking at the worst humanitarian crisis since World War II – and now their plight is so much worse as the pandemic threatens nothing less than a humanitarian catastrophe.”

Coronavirus: NBA players to get 25% less in paychecks

Turkey plans to offer domestic vaccine to all humanity