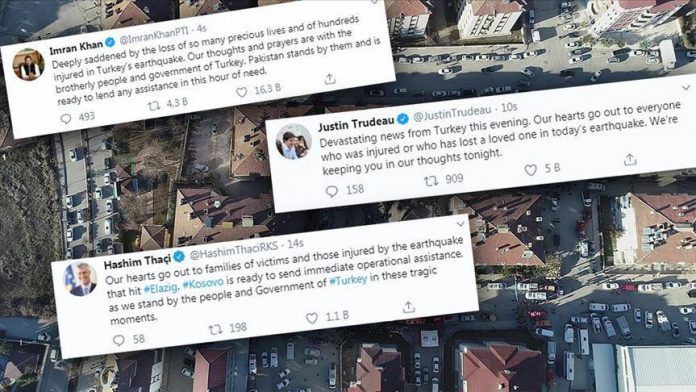 Condolences from around the world are pouring in as a powerful earthquake in Turkey’s east claimed at least 22 lives and injured over 1,030 others.

The 6.8-magnitude quake hit eastern Elazig province at 8.55 p.m. local time (1755GMT) on Friday, with its epicenter in Sivrice district.

“[Russian President] Vladimir Putin sent heartfelt condolences to President of the Republic of Turkey Recep Tayyip Erdogan over the loss of life and large-scale destruction caused by an earthquake in the Elazig province,” read a statement by Kremlin.

Josep Borrell Fontelles, the high representative of the EU for Foreign Affairs and Security Policy,

Over 4.43B coronavirus vaccines jabs given worldwide