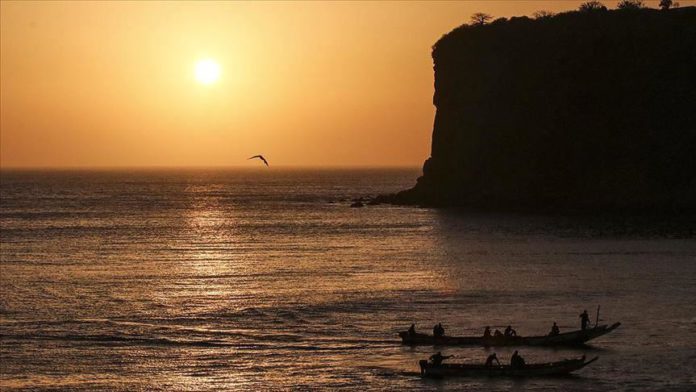 “Nature is sending us a message,” the UN website warns.

“Today, it is estimated that, globally, about one billion cases of illness and millions of deaths occur every year from diseases caused by coronaviruses; and about 75 per cent of all emerging infectious diseases in humans are zoonotic, meaning that they are transmitted to people by animals,” it says.

The stark warning came ahead of World Environment Day, celebrated annually on June 5 since 1974, and is the UN’s flagship program for raising environmental awareness. It focuses on marine pollution, global warming, and sustainable consumption.

Each year has a theme, and this year’s World Environment Day theme is biodiversity. The relationship between humans and nature affects everything from air, water, and food to sources of medicine, natural disease resistance, and mitigating climate change.

Destroy one element of nature’s complex web, and entire food and health systems can collapse, threatening life as we know it.

Unfortunately, humans seem to be doing their very best to achieve just this: deforestation, encroaching on wildlife habitats, intensifying agriculture, and accelerating climate change have all pushed nature to the brink.

The COVID-19 pandemic is a timely reminder of the threats we face when biodiversity is undermined.

Gavin Edwards is the global coordinator for the New Deal for Nature and People at World Wildlife Fund (WWF), an international environment NGO.

He told Anadolu Agency that climate change could raise the likelihood of future viral outbreaks.

“There is strong scientific evidence to suggest that climate change will increase the incidence of existing zoonotic diseases present in certain populations or regions by expanding their geographic reach,” he said.

“Climate change is already increasing the spread of some endemic vector-borne zoonotic diseases, including Lyme disease, malaria, and dengue fever. It is possible that zoonotic emerging infectious diseases involving new disease-causing organisms will increase with climate change, but the scientific evidence on that is more limited at present,” he said.

According to the UN, the amount of live coral reef cover in the world has been reduced by half over the last 150 years, and within the next ten years, one out of every four known species may be wiped out. It would take 1.6 Earths to meet the demands humans make on nature every year.

Edwards told Anadolu Agency: “It is also important to recognize the loss and degradation of habitats as a key driver behind the emergence of new infectious diseases. When an area of land is lost due to human activity, it reduces the natural habitat available to species and can bring them into more regular contact with each other as well as humans, increasing the ability for microbes to move between species and to make the jump to people.”

“It is therefore crucial that we take steps to protect and restore our natural habitats. As vegetation acts as a sink for carbon, reversing nature loss is also critical to tackling the climate crisis, and securing human health and livelihoods in the long-term,” he said.

“The old normal was destroying our climate and wrecking ecosystems,” Muna Suleiman, a climate campaigner at Friends of the Earth — a global network of environmental organizations — told Anadolu Agency.

“The pandemic has forced us into a global pause and what happens next is crucial. We have to make sure that the COVID-19 recovery means the next normal is for the benefit of people, and not profit. If governments want to risk a massive spike in emissions to ‘catch up’ by bailing out fossil fuels then all the lockdown sacrifices will only have made a temporary dent in global greenhouse gas emissions,” she said.

Friends of the Earth is an international network of environmental organizations covering 75 countries.

“Two crises now face us, governments have shut down economies to deal with one of them, but the climate crisis still looms,” Suleiman said.

Edwards echoed her words, telling Anadolu Agency: “The COVID-19 crisis has highlighted the risks we are taking by degrading and destabilizing nature. As we emerge from this crisis, we must embrace a just and green transition towards an economic model that values nature as the foundation for a healthy society and a thriving economy.”

“By protecting and restoring nature and its ecosystems, we protect and restore ourselves. It is the time to maximize our influence on governments, business and the public, to absorb the lessons generated by this crisis and move forward to a ‘new normal’ where job creation, economic development and social equality is fuelled by green development based on humility, respect and stewardship towards nature,” he said.

Fighting for the future

In 1972, the first major conference on environmental issues was held in Stockholm, Sweden, from June 5 to 16. The Stockholm Conference aimed to forge a common outlook on how to preserve and enhance the environment.

On Dec 15 the same year, the UN General Assembly designated June 5, the date of the first day of the Stockholm Conference, as World Environment Day.

The UN General Assembly called on “governments and the organizations in the United Nations system to undertake on that day every year world-wide activities reaffirming their concern for the preservation and enhancement of the environment, with a view to deepening environmental awareness and to pursuing the determination expressed at the Conference.”

Since the first annual celebration in 1974, World Environment Day has become a global platform for taking action on environmental issues. The fight goes on.

Suleiman told Anadolu Agency: “We must make sure that investments at home and abroad respect the natural world on which we depend: land, plant and animal life, micro-organisms, the oceans and the climate. In this way the COVID-19 recovery can show that we must, and can, heed overwhelming scientific evidence and adjust our lives accordingly.”