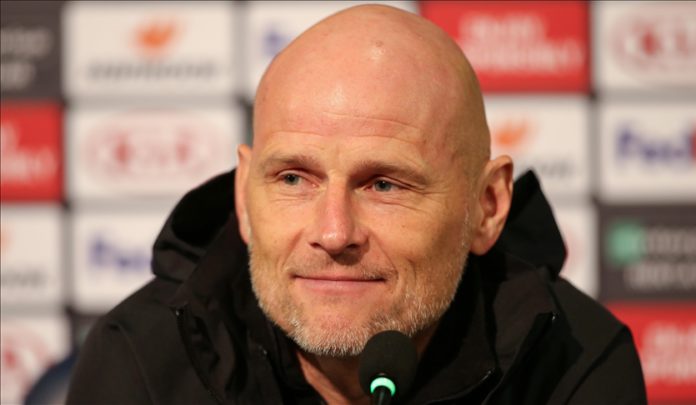 The manager of Norway’s national football team said on Friday that their opponents, Turkey, have several skillful players and that Saturday’s clash would be a hard one.

Stale Solbakken said in a press conference that Norway are ready for the Turkey match in the 2022 FIFA World Cup qualifiers, emphasizing the strength of the Turkish team.

Solbakken said Turkey could score many goals in a single match, as they showed in the battles against the Netherlands and Germany.

Turkey beat Netherlands 4-2 on Wednesday in a solid start to their 2022 World Cup journey.

Last October, Turkey earned a 3-3 draw against Germany with a late goal in a friendly match.

“They have many good individual players. Turkey can also play well as a team,” Solbakken said.

“We have a big challenge ahead of us,” he added.

Meanwhile, Norwegian central defender Kristoffer Ajer said they were expecting “a physically tough match” and that Turkey had a solid defense.
Ajer said they had to stop Turkish striker Burak Yilmaz, considering him a good player in the offense and Turkey’s leader.

Yilmaz scored a hat-trick to send his team to victory in the opening match of the 2022 FIFA World Cup’s European qualifiers.

Turkish national team manager Senol Gunes also said the Norway-Turkey match would be a tenacious one.

“They have young, talented and world-class players. They are playing within good teamwork, and they are physically powerful. They can get a good result with their offensive players’ skills. It will be a tough match,” Gunes said.

He underlined that it would be as important a game as the Netherlands match and that Turkey is ready for the showdown in Spain’s Malaga.

Gunes also said that four Turkish players, Fenerbahce midfielder Irfan Can Kahveci and right back Nazim Sangare, Juventus defender Merih Demiral and Lille right back Zeki Celik would not be playing against Norway for their injuries.

Gunes added that his team would do their best to represent Turkey on the pitch on Saturday and that he hopes for a victory.

Turkey will face Norway in the Group G match at La Rosaleda Stadium in Malaga, which will start at 1700 GMT.

The match will be held in Spain due to travel restrictions in Norway amid the novel coronavirus outbreak.