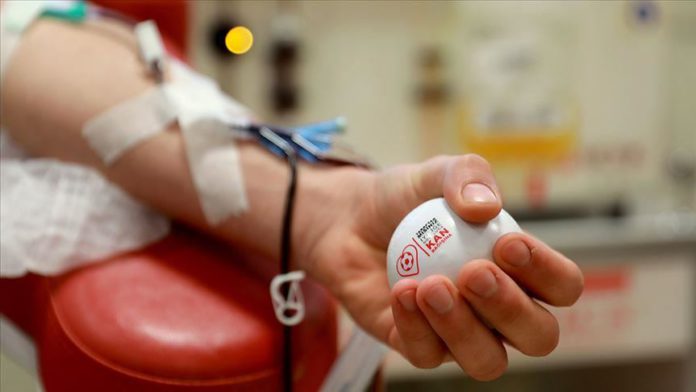 World Blood Donor Day this year once again will be held on June 14, but in the shadow of the COVID-19 pandemic.

It was established in 2004 to raise awareness of the need for safe blood, and to thank donors for their life-saving gift.

The event provides a valuable opportunity to donors to celebrate and commemorate the birthday of Karl Landsteiner, a biologist and doctor who won the Nobel Prize for discovering the ABO blood group system.

About 118.4 million blood donations are collected worldwide every year. Forty percent are collected in high-income countries – home to 16% of the world’s population.

About 13,300 blood centers in 169 countries report collecting 106 million donations, according to World Health Organization (WHO) data collected from its Global Database on Blood Safety from 108 countries in 2018.

The importance of donations and saving lives has come into focus during the coronavirus pandemic, say major health groups.

The American Red Cross urged people to donate blood this April because it said there is no known end date to fighting the virus.

The US Food and Drug Administration and the UN’s World Health Organization (WHO) also promoted the safety of blood donations even amid the pandemic to stave off possible blood shortages.

The International Federation of the Red Cross and Red Crescent Societies appealed on April 30 for a $3.19 billion fund to help fight the pandemic and to raise awareness of donations and the urgency to volunteer, as stated in its three-month update report.

During the pandemic, along with routine blood donations, health organizations also promoted urgently needed immune plasma donations, which can be taken from those who have recovered from the novel coronavirus, to be used in treating other patients.

Turkey a champion of blood donations

The Turkish Red Crescent (Kizilay) does not take donations to promote voluntary blood donations, but gives medals to regular donors as a way of saying thanks, Dr. Metin Kalender, the group’s head for blood services, said in an interview.

Kizilay delivers at least 9,000 units of blood to more than 1,500 hospitals in Turkey every day, but that figure slowed during the pandemic.

The number of donors in Turkey, which was nearly 9,000 daily, fell below 2,000 due to the outbreak. But it has steadily climbed to 4,000-5,000 thanks to the recent normalization process, said the doctor.

Turkey’s Interior Ministry allowed residents to break curfews if they showed evidence they were going to Kizilay’s blood donation facilities.

“The Turkish public is very sensitive when it comes to blood donations,” said Kalender. “Even when we saw the highest cases of the virus, people came out to donate blood.”