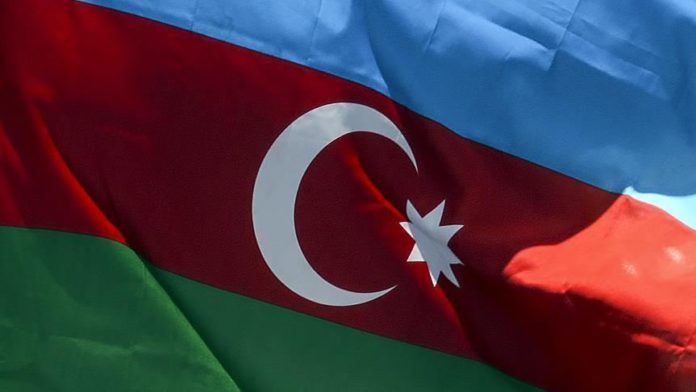 The World Azerbaijani Congress on Monday condemned a missile attack by Armenian forces on Azerbaijan’s second-largest city of Ganja which killed at least 10 civilians.

Addressing Edi Rama, Chairperson-in-Office of the Organization for Security and Cooperation in Europe (OSCE), the Sweden-based congress headed by Asif Kurban underlined that “Armenia once again emphasized that it ignores international law.”

“The main reason they attack civilians is to spread the war to the whole region and include other countries in this war and throw into the fire the entire region,” it said.

The missile strike by Armenian forces around 2.00 a.m. local time Sunday (2200GMT Saturday) on Ganja, located outside the frontline zone, within 24 hours of the truce violated a tentative cease-fire between the two sides and left at least 35 civilians wounded, including women and children.

“It needs to be realized that Armenian forces are attacking civilians. How many Azerbaijani civilians must die in order for our voices to be heard?” the statement added.

Noting that they are waiting for justice from the OSCE and from “all over the world,” the congress called for a halt to Armenian aggression and demanded that UN Security Council and UN General Assembly resolutions be implemented.

Four UN Security Council resolutions — 822 (1993), 853 (1993), 874 (1993) and 884 (1993) — and two UN General Assembly resolutions as well as many international organizations demand the “immediate, complete and unconditional withdrawal of the occupying forces” from Azerbaijani lands.

“Considerable parts of the territory of Azerbaijan are still occupied by Armenian forces, and separatist forces are still in control of the Nagorno-Karabakh region,” says PACE resolution 1416 adopted on Jan. 25, 2005.

“We expect you to contribute to the withdrawal of Armenia from occupied territories of Azerbaijan. We expect you to react to the killing of civilians by Armenia,” the statement said.

A humanitarian truce had been declared on Saturday for the exchange of prisoners and the retrieval of the bodies of the dead in Upper Karabakh, or Nagorno-Karabakh, an internationally recognized territory of Azerbaijan.

The armistice came after a trilateral meeting in Moscow on Friday between the foreign ministers of Russia, Azerbaijan and Armenia.

Many world powers including Russia, France, and the US have called for a new cease-fire. Turkey, meanwhile, has supported Baku’s right to self-defense and demanded the withdrawal of Armenia’s occupying forces.

Relations between the two former Soviet republics have been strained since 1991, when the Armenian military occupied Upper Karabakh.

Over 1 million Azerbaijanis were internally displaced, while 20,000 were martyred by Armenian forces and 50,000 wounded, according to Azerbaijan’s official figures.

At least 4,000 Azerbaijanis remain missing, while more than 2,000 were captured and taken hostage by Armenian forces.

The OSCE Minsk Group – co-chaired by France, Russia and the US – was formed in 1992 to find a peaceful solution to the conflict, but to no avail. A cease-fire was agreed to in 1994.